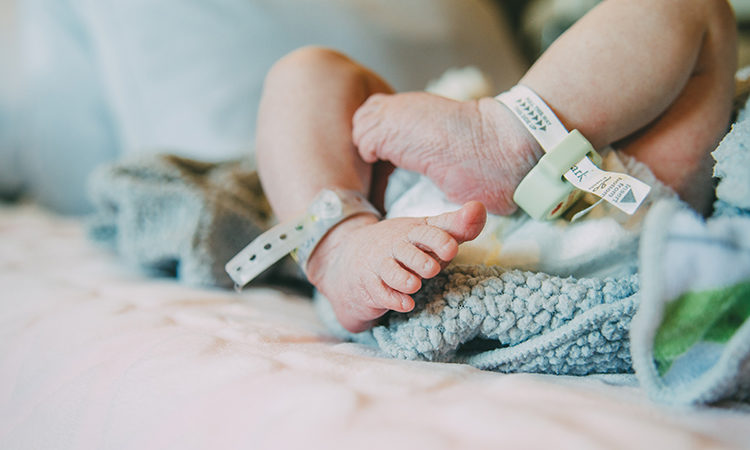 The number of births in the U.S. fell by 4 percent last year — the largest annual decrease in more than a century. Before the pandemic, Americans were already having fewer children, doing it later in life or choosing not to have children at all.

New provisional data released last week by the Centers for Disease Control and Prevention shows the U.S. birth rate has dropped for six consecutive years.  Roughly 3.6 million babies were born in the U.S. in 2020, a decline from around 3.75 million in 2019, making 2020 the lowest number of births since 1979. The drop from 2019 to 2020 is also the largest one-year drop in births percentage-wise since 1965, the year the baby boom ended.

National births declined by about 8 percent in December compared to the same month the year before, according to a monthly breakdown from the CDC. December, the month when many babies conceived at the beginning of the pandemic would have been born, had the largest decline of any month in 2020, signaling the pandemic lockdown may have made people more apprehensive about starting a pregnancy.

“This is the sixth consecutive year that the number of births has declined after an increase in 2014, down an average of 2% per year, and the lowest number of births since 1979,” the National Center for Health Statistics said.

“We haven’t had replacement level fertility in Minnesota since 2006,” said Megan Dayton, a senior demographer at the Minnesota State Demographic Center. Replacement level fertility is 2.1 births per woman, a number that would “replace” two parents, with the additional 0.1 to account for infant fatalities. “Now, the birth rate has decreased every year since and we’re nearing 1.75 births per woman.”

Despite maintaining population growth since the last census in 2010, Minnesota’s declining birth rate could be a problem for the state. But it could also be a good sign for women, experts say.

Potential factors for the decline

Births tend to dip after economic crises, as women who are able to delay having babies do so because of uncertainty in jobs and income. In the 1930s, for example, the birth rate dropped sharply after a stock market crash that led to the Great Depression. But it picked up a few years later, mirroring the economic recovery.

After the Great Recession in 2008, birth rates dropped again. This time, though, the decline has continued despite improvements in the economy.

“Minnesota is still around 78% white non-Hispanic and [that demographic] has a very low fertility rate having the fewest babies of any race group in Minnesota,” Dayton said. “And so births in the last 30 years have increasingly been ticking down every single year for white non-Hispanic mothers, so any growth that we did see in the past has come from people of color or from mothers who identify as a race that is not white non-Hispanic.”

The 2020 birth rate for teenagers was down by 8 percent compared with 2019, and data shows that teenagers have had the sharpest decline in births since 2007, down by 63 percent. This is a change from several decades ago, when unintended pregnancies were high among teenagers — today the average age at first birth is 27, up from 23 in 2010.

This trend could be attributed to the increased use of birth control or contraceptive methods in the last decade or to better education on unintended pregnancies.

Some women have also chosen to delay or forgo having children because of the sheer cost of child care services throughout a child’s life. The economics of the industry make costs high and prohibitive to many people who want to continue to work after having children.

The child care “crisis” led Minnesota Sen. Tina Smith to propose a $50 billion plan aimed at boosting the child care industry, and the massive child care bailout in a COVID-19 stimulus package cemented the idea that the industry needed help.

A group of Democratic senators including Smith and Sen. Amy Klobuchar also introduced the Marshall Plan for Moms, a resolution that lawmakers hope will pave the way for stronger legislation to support mothers in the U.S. The resolution calls for a paid leave plan and funding to stabilize the child care industry that would create a more permanent support network for child care providers.

The downsides of a declining birth rate

The decrease in the country’s birth rate has been going on for decades, so this drop does not come as a huge surprise to experts familiar with population trends.

Minnesota demographers have found that if current trends continue, the number of deaths will outpace the number of births in Minnesota around the year 2040. Once the state reaches that point, any growth in Minnesota will have to come from people moving from other states or from outside the country.

A declining population could have consequences for the state. If Minnesota’s decline in birth rate outpaces the rest of the nation and the population shrinks enough, the state could, on the national level, lose some of its representation in Congress. Minnesota came close to this as announced in the 2020 Census results — had the state counted 89 fewer people, Minnesota would have lost its eighth seat in the House of Representatives.

Fewer people can also mean less federal funding for social services and programs (but there would also eventually be less demand for some services as babies age). But perhaps most concerning from the financial perspective, an aging population could also result in the failure of services like Social Security or pensions.

“We call it the dependency ratio, where you take the number of children age zero to 18 and add them to the 65-plus population, and then the balance is divided by the number of workers,” Dayton, from the state Demographic Center, said. “If you have a dependency ratio that is above one, you have more people who are receiving government services than paying them.”

This population change could strain government budgets and make life more difficult for people who are aging out of the workforce without a self-built safety net.

The declining birth rate in the U.S. and in Minnesota is not all doom and gloom — as mentioned earlier, it could be a sign of a drop in unintended pregnancies, especially among teenagers.

“In the short term, a low fertility rate can actually raise the per capita income by lowering a family’s cost of child rearing and boosting the share of working age people,” Dayton said. “But as fertility continues to fall, people — women, especially, because we’re having the babies — tend to spend more time working, which affords them the ability to accumulate more savings. It gives them more experience, maybe a better paying job.”

The declining birth rate could also call attention to the barriers that women face when deciding if and when to have children, potentially signaling to the government that an aging population will no longer be able to create enough tax revenue to support government programs like Social Security or pensions.

“In this sense, the babies that are being born are the bellwether for our demographic future,” Dayton said.