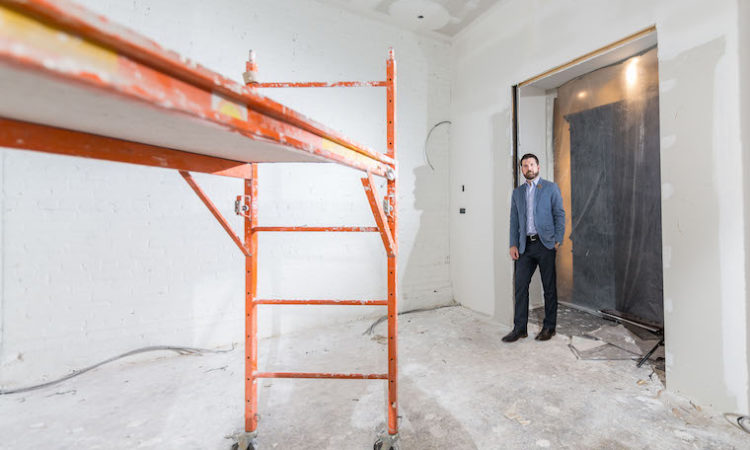 In a sign of the shifting retail momentum in downtown Minneapolis, venerable Nicollet Mall jeweler JB Hudson is opening a second location in the North Loop—within modern-day retail icon, MartinPatrick 3.

The shop-within-shop will be called the Loupe by JB Hudson. It is scheduled to open in September at MartinPatrick 3, the nationally acclaimed men’s fashion and home furnishings store and interior design studio that has become the epicenter of North Loop shopping.

“MartinPatrick 3 has really done something special in this other part of downtown and men’s fashion has hit a new stride,” says JB Hudson president Nick Pechman. “This is 100 percent a growth opportunity. We love the idea of connecting with more men and helping them build out their fashion wardrobe.”

Pechman says the new shop will feature a fashion-driven, elevated assortment of jewelry, watches, and gifts for men and women priced from $1,000 to $1 million.

JB Hudson has been a fixture downtown since the horse and buggy era. Founded on Nicollet in 1885, the jewelry store was purchased by Dayton Company in 1929 and prominently located on the main floor of the department store at Eighth and Nicollet until 2007 when it moved to its current flagship in the historic Young Quinlan Building at Ninth and Nicollet. The 2007 move coincided with the Pohlad family purchasing a majority interest in JB Hudson. The Pohlads became 100 percent owners last year. They’ve given the brand a facelift in the past decade, including upgrades to the dramatic store space and the addition of name brand designer jewelry lines.

“Growth this year is through the roof,” Pechman says, pointing to the end of construction on Nicollet as a major factor, along with targeted outreach, and more in-store events. But drawing new customers to Nicollet can be a challenge.

“We’ve done a good job giving clients a reason to come to our store, and we’ve done our best to encourage them to stay, shop, and play on Nicollet—for the benefit of us all,” Pechman says.  “We’re committed to being here [on Nicollet]—it’s part of our DNA, for better or worse. Whether the vitality of Nicollet will increase remains to be seen.”

JB Hudson has had its eye on the North Loop’s meteoric rise in popularity as a hub for unique, high-style shopping, and even raised a billboard there to try to connect with a younger audience. When MartinPatrick 3 owners Greg Walsh and Dana Swindler approached JB Hudson with the idea of coming on board as part of an expansion, Pechman says it seemed meant to be.

MartinPatrick 3 has been held up by national media in recent months as a model of experiential retail for the Internet age. MP3 does not sell online and has repeatedly rejected requests to open in other cities or even to add women’s apparel—preferring to court an exclusive, primarily male base of customers who treat the store like a club house where they are encouraged to linger—enjoy a free drink, get a haircut, host a meeting, or even host a party in the private VIP lounge with no room rental charge.

When its current expansion is complete in September, MartinPatrick 3 will span 22,000 square feet—the entire first level of the building at 212 Third Ave. N.

JB Hudson will replace MartinPatrick 3’s current fine jewelry partner, Filigree, which is moving around the corner to 210 N. Second St., the former C’est Chic Boutique space, where it will have room for both retail and its offices/design studio. The success of Filigree’s shop-within-shop, which opened in 2015, indicated to Walsh that fine jewelry was a good fit for MP3. “It’s been interesting to watch our existing clients make fairly substantial jewelry purchases,” he says.

Where Filigree’s collection was primarily focused on women and custom designs, JB Hudson intends more focus on men’s jewelry. “We expect primarily to serve men shopping for themselves,” Pechman says. The merchandise will change frequently.

“Given the proximity to our main store, we need to use this opportunity to do something a bit different—more targeted,” Pechman says. “You’re going to see jewelry that is cool, cutting edge, and luxury gifts.”

MartinPatrick is currently building out JB Hudson’s 400 square foot space. It’s part of a 3,700-square-foot expansion that will increase the size of Marty’s barber shop and the in-house tailoring department and move them both to the back of the store—an open area that MP3 has been using for events. In its place, Walsh has designed an adaptable platform that can function as a stage and runway or conference table to accommodate mounting demand for outside events to be held at the store. MP3 is also adding a second VIP lounge with private fitting rooms, and more space for high-end men’s shoes, a growing category. New fashion brands to be added this fall include Maison Margiela, Dsquared, and Shinola and Filson—which recently closed their North Loop store on the same block and moved to the Galleria in Edina.

A relaunch to spotlight of all of the additions at MartinPatrick 3 is scheduled for October 4 to 6. 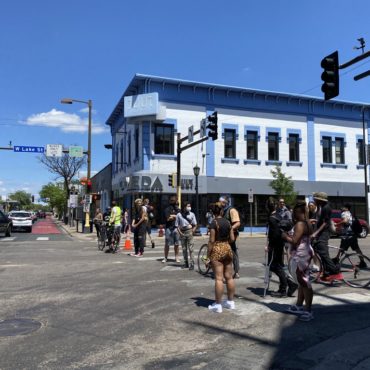