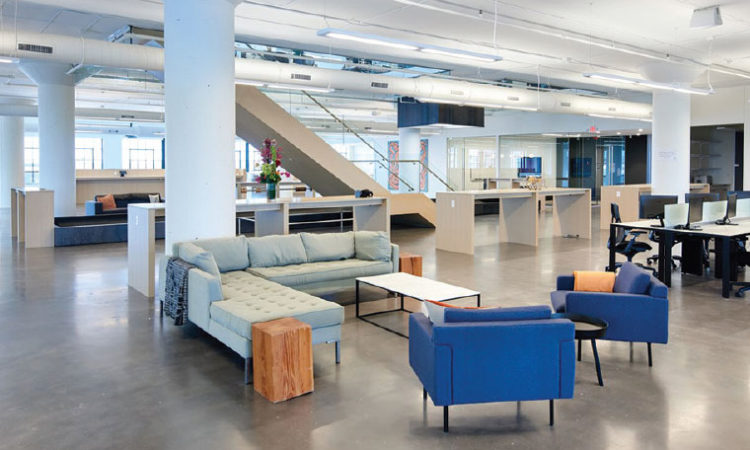 Overall office vacancy rates in the Twin Cities metro have been on the rise for a number of years, but rents have been growing right along with them.

At the end of 2019, metrowide vacancy rates rose to 18.5 percent, while the net asking rate hit a new high-water mark of $15.59 per square foot, according to research by commercial real estate firm CBRE. In comparison, in 2015, CBRE reported a vacancy rate of just over 15 percent and an asking rate of about $14 per square foot.

Industry observers attribute the rising vacancies to a spate of new developments. “They seem to be filling new projects as soon as they’re built. Vacancy is holding its own,” said Herb Tousley, director of real estate programs at the University of St. Thomas. But what about the uptick in rent?

“The increase in vacancy and rates seems counterintuitive but can be explained by tenants—and their employees—demanding new and renovated spaces with a wide range of amenities,” said Sam Newberg, senior field research analyst with CBRE. That means offices with fitness centers, collaboration spaces, prime parking options, even nap rooms. “This continues to drive rates higher overall.”

It’s worth noting that vacancy rates were highest in the downtown cores, where asking prices are much higher than in suburban areas. In the St. Paul CBD, for instance, vacancies grew to 28.8 percent last year, the highest in the region. The rate was about 20 percent in Minneapolis’ core and just over 22 percent in the North Loop.

“Increased supply is the primary reason for vacancy in the North Loop,” CBRE’s Newberg said, citing The Nordic as an example. Occupancy of the 10-story, 205,000-square-foot project began in 2019. According to CBRE research, the average rent in the area was $18.19 per square foot, the highest in the Twin Cities. “North Loop rents have been going up pretty consistently ever since Target Field was built in 2010,” notes Erik Ordway, associate director with commercial real estate advisory firm Newmark Knight Frank.

The trend isn’t unique to the North Loop. In 2019’s fourth quarter, CBRE reported that the average asking rent increased across all nine submarkets in the Twin Cities except one, St. Paul’s Midway.

Are Fines Dandy?
Paid for Play
A Marketing Lesson in the Supply Chain
Inside the Twin Cities' Big Law Firm Mergers
See all stories by this author >