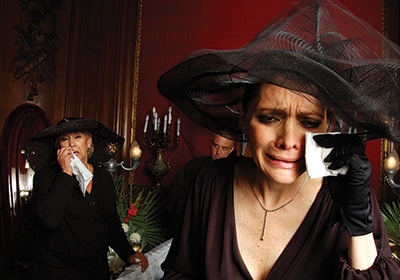 The second coming of the Uptown restaurant did not have legs.
December 23, 2014

But Figlio’s 15-month resurrection ended in October, when Kaskaid shuttered the space. Though media reports called Figlio v.2 “successful,” Kaskaid CEO and Founder Kam Talebi acknowledges that after a short burst of nostalgia-driven sampling, customer feedback was that the concept was dated, and business declined. He decided that the changes needed were so substantial that retaining the brand made no sense.

“When revenue starts to slip, you realize the customer is telling you something,” Talebi says. “Our customer is very smart. There’s a tremendous push toward smaller portions and lighter fare, and by the time we were done remaking, it would not seem like Figlio.”

Days after the initial closing announcement, Kaskaid announced its intention to leave the Figlio space entirely, its lease to be assumed by the operators of the Loop, an upscale North Loop tavern. Kaskaid will still operate a Crave restaurant at the West End, and is preparing the reinvented Figlio, to be called Zia, for a mid-2015 opening at Mall of America.

Italian food has proved a tough nut for Kaskaid to crack. It closed its first Italian venture at the West End, Sopranos, and replaced it with Figlio. Zia is next, but the company sees greater potential at MOA than at the West End, where an outlet of the national Bonefish Grill chain recently augmented the already restaurant-centric mix.

“There is a lot of opportunity [at MOA], but if you are going to expand there, you have to get it right,” says Talebi.

Kaskaid continues to open Craves outside of the MSP region, but for now is developing other concepts only for Twin Cities consumption.