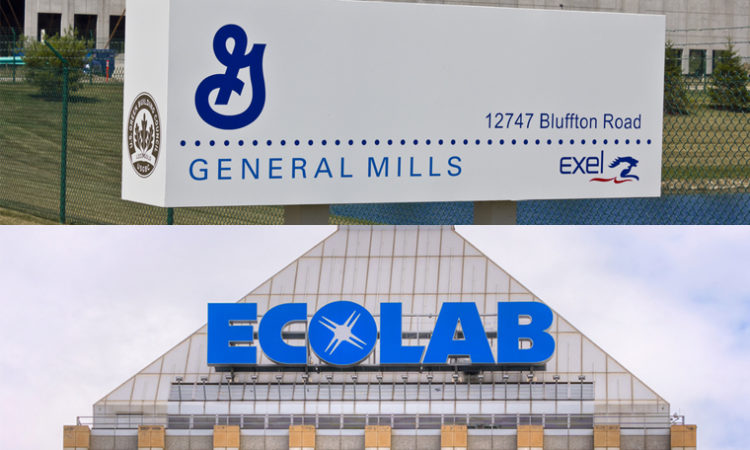 Two Minnesota Cos. Land on ‘World’s Most Innovative Companies’ List

General Mills and Ecolab earned spots on the 8th iteration of Forbes’ annual list.
By Amanda Ostuni
May 30, 2018

A couple of companies, one from Minneapolis and another across the Mississippi in St. Paul, placed within the 8th edition of Forbes magazine’s annual “World’s Most Innovative Companies” list.

General Mills, the food processing giant headquartered in Minneapolis, took the 49th spot out of the 100 total businesses in the list. Taking the 93rd spot was St. Paul-based Ecolab, which specializes in providing water, hygiene and energy technologies and services for both businesses and residential consumers.

Forbes gave the Twin Cities companies high innovation premium ratings – a measure based on projected income, anticipated growth and net present value of expected cash flows. Ranking on the list was determined by how large its innovation premium percentage was.

Only ten of the 52 North American companies on the list were not based in coastal towns.

Also on the list was medical technology giant Boston Scientific, which is headquartered in Marlborough, Massachusetts but employs about a quarter of its roughly 27,000 workers in Minnesota. The company took 65th place.