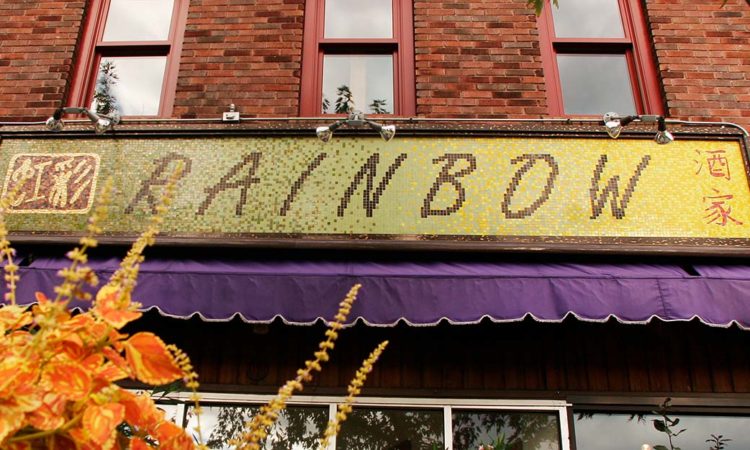 Rainbow Chinese Restaurant and Black Forest Inn have each received $40,000 through a nationwide grant program.
By Dan Niepow
July 07, 2022

Two Eat Street staples are getting a financial boost through a nationwide grant program.

Rainbow Chinese Restaurant and Black Forest Inn — both on Nicollet Avenue in south Minneapolis — will each receive a $40,000 grant through the “Backing Historic Small Restaurants” program, a joint effort between American Express and the nonprofit National Trust for Historic Preservation.

They are two of 25 recipients in this year’s iteration of the program. All the grantees were required to submit an application or get nominated by community members. To qualify, the restaurants had to be in operation for at least 25 years.

Formally launched in 2021, the program is designed to help small restaurants recover from ongoing challenges in the wake of the pandemic. Tammy Wong, owner and president of Rainbow Chinese, said she plans to the proceeds to spruce up the restaurant’s exterior and add more employees. In particular, Wong plans to replace a front awning, install new lighting, and restore ornamental dragons outside the restaurant.

“I’m proud to say I’m part of revitalizing this neighborhood,” said Wong, who opened the restaurant back in 1987.

Rainbow has been closed for dine-in since the pandemic, but Wong hopes to reopen indoor dining service within a few months. Challenges persist, though, which adds some uncertainty to her plans. “All the supply costs are so expensive,” she said. “We have not worked on how we can make that adjustment so that it can be affordable for us to run the business. There are just a lot of little details to work on.”

Wong said she learned about the historical restaurant grant program from a customer, who sent over details through Facebook.

Over at Black Forest Inn, management plans to use the grant to commission a mural on the exterior of the building, among other cosmetic upgrades. The money will also help with pandemic-related financial losses. The German restaurant opened its doors in 1965.

“We are planning to install five additional windows on the Nicollet Avenue side of the building,” Black Forest’s owners said in an email. “The stucco will get some badly needed repairs on that wall as well.”

After the onset of Covid-19, financial assistance for the hospitality industry has been spotty, generally speaking. The Paycheck Protection Program helped many businesses stay afloat in the early months of the pandemic, but it was a fairly short-lived program. Congress returned with another program known as the Restaurant Revitalization Fund, which quickly burned through its $28.6 billion budget and failed to fund half of eligible applicants.