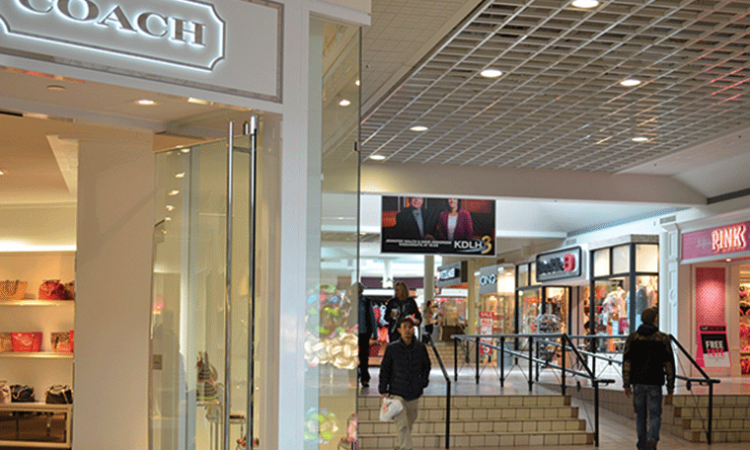 Inside Miller Hill Mall: all of its anchor stores are closing or under duress.

Duluth’s Miller Hill Mall is losing two of its three department stores, and the last is endangered. How will it stay afloat?
By Gene Rebeck
August 17, 2018

Climb “the hill” to the north of downtown Duluth and you arrive in an area that looks less like the North Shore and more like Roseville. The epicenter of this retail megalopolis is Miller Hill Mall. Opened in 1973, the 831,000-square-foot enclosed mall has been at least 95 percent occupied for much of its history, and draws about 6 million visitors annually. “We’re definitely a regional mall,” says Janet Fawcett, its director of marketing and business development. “We draw from up on the Iron Range, from Wisconsin, and Michigan and Canada.”

But this year, Miller Hall is taking a one-two punch from the retail apocalypse: the loss of two anchor tenants. In April, the liquidation of Pennsylvania-based Bon-Ton Stores Inc. foreshadowed the loss of Younkers department store. The following month, Illinois-based Sears Holdings Corp. announced the closing of Miller Hill’s Sears store. Miller Hill still has a JCPenney, but that company has been bleeding money. Another large tenant is Barnes & Noble, a chain whose survival is frequently questioned by retail analysts.

The malls that are holding their own after losing anchors “are thinking creatively,” says Deb Carlson, director of brokerage services for the Bloomington office of real estate services firm Cushman & Wakefield.

Case in point: When Eden Prairie Center lost its 200,000-square-foot Sears anchor in 2016, one of its other tenants, Fargo-based sporting goods chain Scheels, decided to convert it into a “destination” store. In addition to retail, the new Scheels will include a 16,000-gallon aquarium, a 16-car Ferris wheel, shooting galleries, and laser shot simulators.

Fawcett says Simon has been “prepared for Sears’ closing, and are looking for the right opportunities for the market.” She says that Miller Hill’s Barnes & Noble and JCPenney “are performing quite well.” Earlier this year, three new restaurants opened in the mall; Bath and Body Works and casual clothing company Buckle have expansion plans.