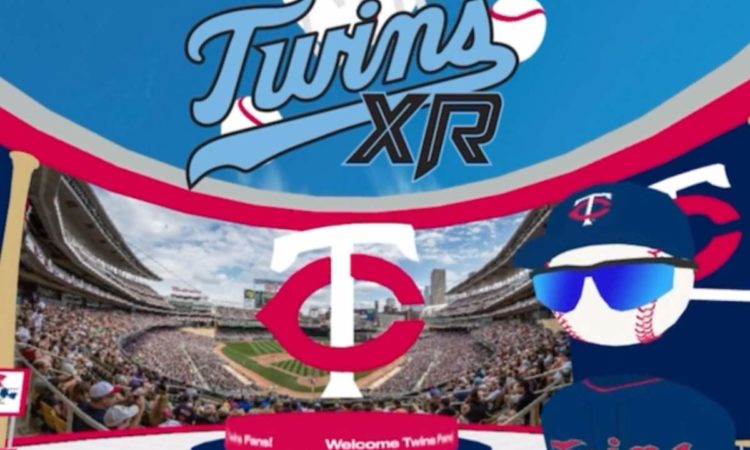 A new program known as “The Art of Baseball” enables fans to explore a 3D environment at home.
By Dan Niepow
September 23, 2021

Have the Minnesota Twins been uploaded to the cloud? Not quite yet, but the team is again dipping into the digital realm.

On Thursday, the Twins announced their second “extended reality” experience, or “XR” for short. Essentially, it’s a 3D environment that fans can explore from their home computers, or via virtual reality headsets. The team launched its first XR venture back in February, enabling fans to explore a virtual “hall of fame” setting.

The latest XR experience, titled “The Art of Baseball,” features a mix of digital art related to the sport. In a news release, Twins officials note that local artists designed the three virtual displays in the XR program. Fans will also get a look at the team’s first NFT, or nonfungible token, a unique piece of digital art that will be officially auctioned off Sept. 27. On the backend, NFTs are coded in such a way to be not replicable. If you’re still scratching your head, technology news site The Verge recently published a good explainer on the topic.

NFTs are all the rage in some art circles, though, they’re said to pose serious environmental concerns due to the massive computing power they require.

The Twins’ second XR experience, meanwhile, comes with a high-profile sponsor: Richfield-based electronics retailer Best Buy is a “presenting partner” of “The Art of Baseball.”

The company “found the concept intriguing, so they signed on as a presenting partner of Twins XR as part of their existing relationship with us,” Twins spokesman Matt Hodson said in an email. The partnership is simply a sponsorship; Best Buy isn’t providing any technical expertise for the project.

Like the first edition of the Twins XR program, the second iteration was created in partnership with Minneapolis-based REM5 Studios, which bills itself as “full service XR agency.”

The “Art of Baseball” formally debuted today, but it will only be available for a “limited time,” Twins officials said. The first XR program also had a limited run, though spokesman Hodson noted that there’s an “easter egg” within the new program that will lead users back to the “Hall of Fame.”

The Twins aren’t the only Minnesota sports team to take a dive into the digital world. Last month, the Minnesota Timberwolves and Lynx announced a “blockchain partnership,” which will one day enable fans to buy and sell digital trading cards.