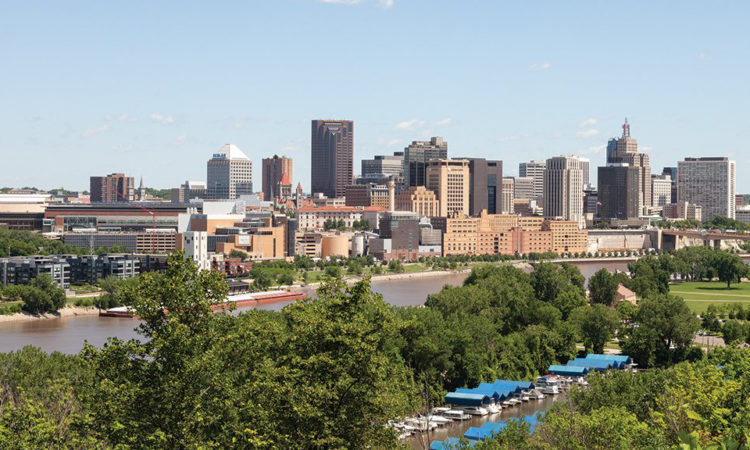 While the majority of the nation’s office workers still aren’t back in the office, the Covid-19 pandemic has not completely killed office leasing.

While the absorption number is small, the fact that it’s slightly positive amid the pandemic is somewhat encouraging for the future of the office market.

“While 2020 continues to be a challenging year for the Minneapolis office market due to Covid-19, we are seeing some signs of improvement in Q3,” said CBRE’s Josh Johnson, vice president in Minneapolis, in a statement. “These signs include a positive absorption rate, stable vacancy, and increased leasing activity.”

But still, these are unusual times for the business of office leasing. How strange? Downtown St. Paul actually led leasing activity for the third quarter, an extremely rare feat for the capital city.

Downtown St. Paul has been a tough office market for decades. But thanks to leases with the IRS and the Army Corps of Engineers, it had the best showing for third quarter leasing activity, per CBRE’s report.

There are other encouraging signs on the horizon. In September, Shoreview-based Deluxe Corp. announced that it would relocate its headquarters from suburban St. Paul to downtown Minneapolis in 2021. That one lease for 94,000 square feet at 801 Marquette exceeds the total reported absorption across the metro for the third quarter.

On Tuesday morning, Minneapolis-based United Properties said that it remained on schedule with its development of the RBC Gateway tower in downtown Minneapolis despite the pandemic. The tower, slated to open in 2022, includes 531,000 square feet of Class A office space. The office space in RBC Gateway is already 85 percent leased; there is about 80,000 square feet of space still available for lease.