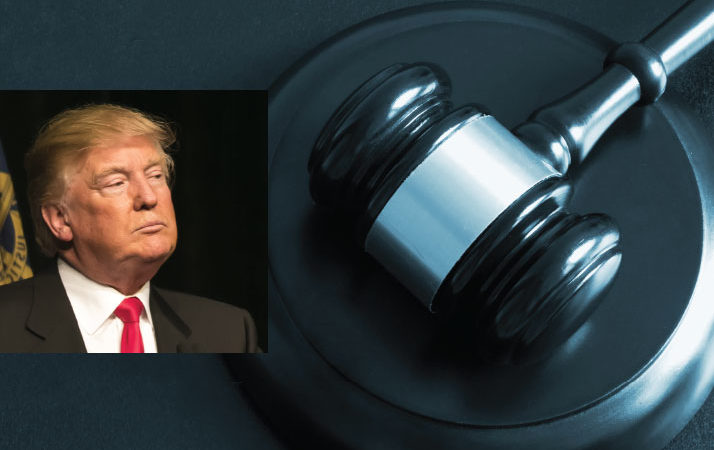 When businessman and political neophyte Donald Trump won an upset presidential race, many business people cheered cautiously. The new president’s early appointments and executive orders indicated lighter regulatory burdens to come in the realms of work rules and the environment, which many businesses sought. Since the election, business confidence nationally and statewide has soared.

Yet a great deal remains unclear. Some of the most significant actions affecting businesses are likely to take place at the state and local levels, according to Minnesota attorneys with business-oriented practices. A case in point: proposals for minimum wage increases, sick leave expansion and other work rules in Minneapolis and St. Paul. At the same time, simply enacting new regulations at the federal level doesn’t mean that those changes will happen instantaneously.

In short, many issues are in play and could be unresolved for months and years. So what should businesses expect for laws and regulations on employment, the environment, immigration, data privacy and intellectual property? Several Twin Cities attorneys whose work focuses on business law weighed in on how to handle the uncertainty. Many attorneys are advising their business clients that there’s still a great deal that hasn’t changed since the election—and much will remain unchanged.

While much business-related legislation is in flux, “much more continues to be settled,” says Ryan Mick, a partner in the labor and employment practice with Minneapolis-based Dorsey & Whitney LLP. Mick works on the business side of employment law, with a wide-ranging client base that includes Fortune 500s and smaller companies. Federal statutes regarding anti-discrimination protections, disability accommodation requirements and family medical leave remain in place. Even in the context of wage and hour regulations, much more remains the same than may be subject to change, Mick adds.

“The Trump administration is going to have very little, if anything, to do—and then, only indirectly—with what happens at the state level,” Mick notes. “All employers are subject to state and local regulation and laws as well. That’s a major reason why employers shouldn’t get ahead of themselves thinking that there’s going to be this great sea change in terms of their obligations as employers toward their employees.”

But while much remains the same at the federal level, Mick acknowledges that some regulatory issues are fluid. For instance, in the summer of 2016, the Obama administration issued a final rule that increased the salary basis requirement for most overtime exemptions under federal law from $23,660 to $47,476. Many employers adjusted, either increasing salaries or reclassifying certain employees. Then in November, a federal judge in Texas issued a nationwide preliminary injunction against the new rule. When Trump was elected, there was a general belief, Mick says, “that this new overtime rule was going to go away.”

Now, he adds, the speculation in the labor law world is that it won’t go away. “The current thinking is that it’s not going to go up to $47,000, but it’s also not going to go back to $23,000—it’s going to be somewhere in the middle,” Mick says. Alexander Acosta, Trump’s Secretary of Labor, seemed to suggest in mid-March that there could be a smaller upward adjustment in the minimum salary basis requirement to account for inflation.

Another element of federal workforce regulation that is changing is at the National Labor Relations Board. “Under the Obama administration, the inability to fully staff the National Labor Relations Board was frustrating to both the labor and the management sides,” says Rebecca Bernhard, a partner in Dorsey & Whitney’s labor and employment practice. “I’m encouraged that President Trump named an acting chair of that board.”

With Republican board member Philip Miscimarra in charge, the National Labor Relations Board will most likely take a more employer-friendly approach. Labor board enforcement under the Obama administration was “pretty keen,” Bernhard says, “because President Obama couldn’t really get Congress to partner with him to pass reform in the labor, employment and immigration areas. So he tried to push—let’s call it—his employee/worker-friendly agenda through enforcement.” She expects many of those changes to be reversed, or at least stayed.

While Bernhard’s business clients are heartened by this possibility, a great many of those companies are far less encouraged by a heightened enforcement of immigration law. For large companies seeking specialized talent in engineering, IT and other high-skill fields, the uncertainties around travel restrictions and possible bans are causing major worries.

“Employers are much more anxious and concerned about both attracting and retaining needed talent,” says Piyumi Samaratunga, a partner in the Minneapolis office of Constangy, Brooks, Smith & Prophete LLP, an Atlanta-based national firm focused on employment and labor law. Her firm’s clients include multinational corporations, such as U.S. companies with global footprints. These businesses want talent from top colleges and schools—including citizens and foreign nationals. They want to deploy that talent to any location worldwide to stay competitive in the global marketplace.

This isn’t to say that business leaders weren’t concerned about immigration issues before President Trump was elected. Many prior challenges revolved around the H-1B, a temporary visa for highly educated people in specialty occupations. Only 85,000 new H-1Bs are available each fiscal year. Last year, nearly 233,000 applications, or petitions, were filed by employers on behalf of foreign nationals. The new administration has eliminated some of the administrative processing “that at least made applying for that visa a little easier,” says Dorsey’s Bernhard.

That’s just one of the issues facing companies seeking to attract and retain foreign talent. “The challenges now seem heightened because of the uncertainty and what changes might be implemented,” Samaratunga says. Her clients also have had trouble and delays trying to move employees who are natives of countries that “had nothing to do with the travel ban.”

On April 18, President Trump signed an executive order in Wisconsin called “Buy American and Hire American.” Based on a goal of blocking immigration fraud and abuse, Trump’s order directs multiple federal agencies to draft new rules. The administration seeks to target H-1B visas to the most-skilled or highest-paid individuals. The administration has been critical of the large number of technology workers hired with H-1B visas, because it contends that it hurts the wages of American workers.

Immigration uncertainty is having a big impact on Minnesota technology companies, says Chris Larus, a partner at Robins Kaplan LLP and chair of the firm’s Minneapolis intellectual property (IP) and technology litigation group. “It’s very hard for technology companies to get the highly skilled, advanced-degreed researcher that they’re likely to need to move their businesses forward or to compete on an international scale,” he says.

Besides being able to hire foreign talent, tech companies also are concerned about protecting patents. “In the past several congressional sessions, there have been attempts to change or modify the patent laws in ways that would generally weaken patent protection and make it more challenging to enforce patents,” says Larus, who primarily represents technology companies seeking to protect their IP, including patents, trademarks and trade secrets. This is a very complex issue, “and not one that lines up with a normal Democrat-Republican or big business-small business distinction,” he says.

U.S. Rep. Bob Goodlatte (R-Va.), chairman of the House Judiciary Committee, proposed legislation earlier this year intended to reduce “frivolous lawsuits” against smaller businesses over patent violations. Goodlatte’s bill “was actually proposing some terms that would have substantive impact on the ability of innovative American companies to enforce their intellectual property,” Larus says. Still, he notes that patent reform doesn’t seem to be a top priority of the Trump administration.

While patent protection might not be a front-burner issue, data protection certainly is. In April, Trump signed a congressional resolution of disapproval regarding the FCC’s broadband consumer privacy regulations, which required internet service providers (ISPs) to obtain affirmative opt-in consent from consumers to use and share sensitive information, among other things. While that federal-level action attracted plenty of attention, “my eye is really on the state attorneys general,” says Melissa Krasnow, a Minneapolis-based partner with Palo Alto, Calif.-based firm VLP Law Group.

Krasnow, whose business and technology-oriented practice includes domestic and cross-border privacy and data security, notes that there are a number of state and federal laws that govern privacy. Since Trump’s inauguration, a number of state attorneys general “have been enforcing privacy and data security,” notably those in New York and California, she says.

Like nearly all states, Minnesota requires businesses to contact customers if they suffer a data breach. Over half of these states require businesses to notify the state’s attorney general as well (Minnesota isn’t one of them). But Minnesota companies that conduct business digitally also will have to determine whether other states’ regulations also apply to them.

For example, California has strict laws on data privacy and security on websites and mobile applications. If you want to do business in California, you have to have policies that meet the state’s stricter regulations.

Rules involving environmental protection are expected to change significantly as Scott Pruitt takes charge as the new U.S. Environmental Protection Agency administrator. The attorney general in Oklahoma before heading the EPA, Pruitt litigated against a number of the federal agency’s rules, particularly over the Clean Power Plan. But how much change will occur?

Delmar Ehrich, who leads the environmental practice group at Faegre Baker Daniels in Minneapolis, describes his client base as companies that are manufacturers or in the energy field. They have environmental regulations that they have to comply with and they have permits to obtain.

Many existing environmental programs operate under the auspices of overarching federal laws, such as the Clean Air and Clean Water acts. But businesses typically obtain their air quality permits from state governments, which have rules and restrictions of their own.

“There was a lot of litigation over EPA rules during the last administration,” Ehrich notes. “As those rules change, there’s likely also to be litigation. Interested parties, such as trade associations and environmental groups, are likely to continue litigating in federal court.” Ehrich also expects there will be fewer enforcement resources at EPA, which will mean that the states will take on bigger roles. More citizen lawsuits are expected over environmental regulations.

Minnesota might become more important in environmental regulation, so Ehrich stresses that businesses maintain contact with state regulators and stay in compliance with existing rules. “If a company is planning additional investments down the line, it’s appropriate to let state regulators know about those plans, too,” he adds. With so many potential changes in business laws and regulations, Ehrich has some general advice to businesses that is quite simple: “Stick to your knitting,” he says.

Things may well change, but it’s not clear how. He advises businesses to focus on complying with state and federal regulations as they’re currently written. Even if those regulations change significantly at the federal level, those changes may well be challenged in court. State regulations might change along with them—perhaps becoming lighter, perhaps more restrictive.

That wait-and-see approach can apply to whatever regulatory environment a business operates in. Attorneys recommend that clients monitor the situations and make no assumptions. As Dorsey’s Mick says, “Don’t get ahead of yourself and make significant changes by assuming that your regulatory burdens are going to be lightened.” tcbmag