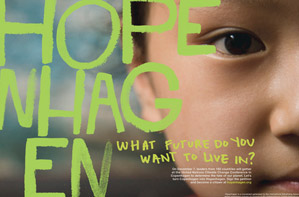 News bits from around Minnesota.
By TCB Staff
December 11, 2009

Starkey Laboratories in Eden Prairie has unveiled a first in hearing aids: new “Sweep” technology on its behind-the-ear hearing aids that enables wearers to adjust volume and other controls by tapping or sweeping a finger across a touch screen on the back of the device. The screen replaces tiny buttons and dials that can be hard to manipulate, and does away with surface openings that shorten hearing aid life by letting in moisture and dirt.

Steve Shank, the entrepreneur who founded the online university Capella and served as CEO of its parent company until earlier this year, has joined Leslie FrÃ©con’s LFE Capital, a private equity firm in Minneapolis specializing in growth investments. Shank will evaluate potential investments and help portfolio companies execute their growth plans.

Forget the big economic indicators. Nametag International, a naming services firm in Edina, declares that economic recovery is on the way based on the brand names its clients are choosing. Founders Bridget Levin and Mollie Young say that about half a year before a recession begins, they see companies choosing less risky, straightforward, descriptive names. Clients make a corresponding turn toward more “resonant” and “differentiating” names as the economy begins to sweeten, a shift that Nametag’s principals noted in late spring this year.

Carvin and Jennifer Buzzell launched Apple Pii fortified wines—the taste of apple pie and 24-percent alcohol content—in April and sold more than 20,000 bottles in the first four months. (Carvin says the launch began with him getting into his pickup truck and pitching to nearby bars.) The Buzzells’ Crystal Creek Farms near Onamia now has 14 distributors and sales in five states. In the greater Twin Cities metro, Blue Max, Coborn’s, the Tonka Bottle Shop, and others are carrying Apple Pii wines. 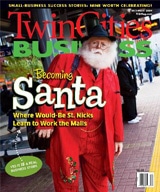