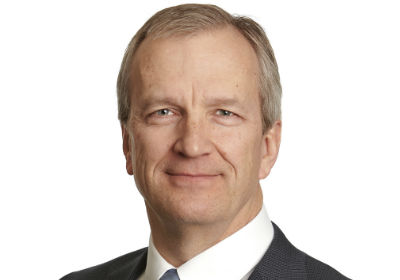 A week after struggling Supervalu, Inc., announced that it had begun reviewing “strategic alternatives” and is considering a sale, the Eden Prairie-based company’s board of directors has approved issuing non-qualified stock options and retention agreements to key executives in order to encourage them to stay put.

In a filing with the U.S. Securities and Exchange Commission, the supermarket chain revealed that CEO Craig Herkert, Chief Financial Officer Sherry Smith, and Executive Vice Presidents Janel Haugarth and Andrew Herring have received non-qualified stock options that were given out as part of a “broad-based employee incentive initiative designed to retain and motivate key employees across the company” as it pursues its “business transformation strategy.”

The options have an exercise price of $2.28 per share and vest in three equal installments over the next three years—beginning July 17, 2013, according to the filing. Herkert was awarded 346,875 shares, while Haugarth received 156,250, Smith was given 150,000, and Herring got 125,000. (Haugarth oversees merchandising and logistics at Supervalu, and Herring is in charge of real estate, market development, and legal.)

Meanwhile, Supervalu’s board approved retention agreements for three of the same executives, saying in the filing that they possess skills that are critical to the company as it explores its options. (The board did not strike a retention agreement with Herkert.)

Supervalu is working with financial advisors at Goldman Sachs and Greenhill & Company to explore a buyout and review its other options. Citing unnamed “people familiar with the matter,” The Wall Street Journal reported last week that the company was expected to soon begin sending financial information to prospective buyers.

Supervalu isn’t the only Minnesota company that’s paying its executives to stick around. In late June, Richfield-based Best Buy Company, Inc., doled out $2 million in cash, and stock awards valued at roughly $8 million, to four executives. The electronics retailer, which has seen a recent exodus of key leaders and is now searching for a permanent CEO, said in a regulatory filing that the awards are “necessary to enable a stable CEO transition and appropriate continuity of leadership.”

Supervalu’s announcement last week about reviewing strategic alternatives was made in conjunction with the company’s first-quarter sales and earnings results, which were dismal and prompted it to suspend its quarterly dividend. The company earned $41 million, or 19 cents per share, for the quarter that ended June 16—a year-over-year drop of about 45 percent and well shy of the 38 cents per share that analysts polled by Thomson Reuters were expecting. Revenue, meanwhile, totaled $10.6 billion, down 4.7 percent from the same period a year ago and less than the $10.8 billion that analysts expected.

Supervalu is among Minnesota’s five largest public companies based on revenue. It serves customers through a network of approximately 4,400 stores and has about 130,000 employees. The company reported a net loss of $1 billion on net sales of $36.1 billion in its most recently completed fiscal year.