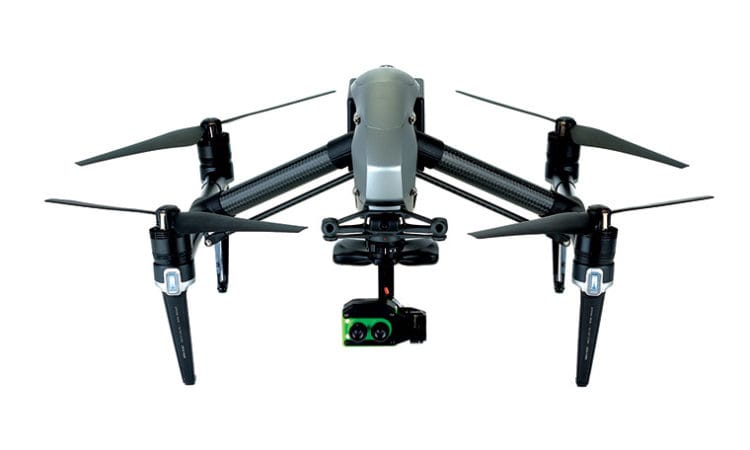 How technology is helping farmers do more with less.
By Kate LeRette
April 16, 2018

Agriculture is the largest consumer of water, accounting for 70 percent of the world’s freshwater use. As the Earth’s natural resources become scarcer and world population continues to grow, implementing sustainable farming practices and improving efficiency is key.

That’s where ag tech comes in. From drones and autonomous robots to analytics and cloud-based software, farmers are turning to technology to make better-informed decisions and maximize production.

With more than 73,000 farms and 400,000 jobs tied to the ag industry, according to the Minnesota Department of Agriculture, the state is a breeding ground for ag tech innovations.

Here are three Minnesota companies using technology to change the future of ag.

In the two-and-a-half years since the FAA granted Sentera permission to operate commercial drones, business has taken off. The Richfield-based company has doubled revenue every year since 2015 and has more than doubled its staff, from 12 to 28. Today, it’s one of the leading providers of ag data collected from drones.

Founded in November 2014, Sentera supplies drones, software and analytics to the agriculture, infrastructure and public safety industries, although its primary focus is agriculture.

“We found a niche to go after,” says CEO Eric Taipale. “Today, there are 750 locations throughout the U.S. reselling Sentera’s products.” He projects this year’s revenue to be $8 to $10 million.

Equipped with high-quality sensors, Sentera’s drones collect data and images for customers, which can be used for a number of applications, including crop management, terrain assessment and exterior building inspections.

“The most basic model is less than $4,000; it’s a great starter drone,” says Reid Plumbo, director of product management. For a top-of-the-line drone with high-precision sensors, the price jumps to around $50,000.

Through FieldAgent, the company’s image and data management software, customers can store photos, generate elevation and 3-D maps, use analytics tools and share data with anyone. The platform is available on desktop, web and mobile channels, so users can access their data from anywhere. With the mobile app, farmers, for instance, can document crop growth, weed growth and storm damage, among other information.

Sentera is working with the University of Minnesota to bring to market a university-developed technology that helps growers more precisely apply nitrogen fertilizer to corn. Using drones to capture aerial images of their field, farmers can use the university-developed technology to analyze color patterns—crops deficient in nitrogen are more yellow—to determine how much nitrogen each crop needs, minimizing over-application of the nutrient. Once Sentera completes field testing this summer, the Nitrogen Deficiency Detection Analytics technology will be rolled out through Sentera’s FieldAgent platform for the 2019 growing season.

The U of M is one of 53 partnerships Sentera has with research universities.

“Our goal is to get to a point where growers can manage their crops on a plant-by-plant basis,” says Taipale, “and generate data points as rapidly and efficiently as possible.”

Nitrogen deficiency is one of the most common problems affecting crops. As crops grow taller, applying the essential nutrient becomes more difficult and, in some cases, impossible. Three brothers with backgrounds in robotics, farming and agricultural engineering have teamed up to find a solution: a self-driving robot.

Called Rowbot the small, autonomous vehicle travels between rows of corn applying nitrogen fertilizer. The Rowbots are deployed in teams to maximize efficiency.

Rowbot also can seed cover crops before corn is harvested. Cover crops protect the soil during the off-season and keep excess nitrogen in the soil.

Now COO and CTO of Rowbot, Brian Beyer led the development of Rowbot’s first prototype while at Carnegie. This summer the company will launch its second version of Rowbot and a third will be released next year.

Rowbot is pre-revenue; the company is still perfecting its product and has been conducting field trials for the last three seasons. The seasonal component of agriculture slows down the development process, says Cavender-Bares, “but if we can provide an easy [solution] that does a hard job well, uptake will be pretty fast.”

To date, Rowbot has raised $1 million in outside capital, and is the market to raise several millions more. The company was selected by Google to showcase its technology to investors at Google’s Demo Day in Silicon Valley in March. (It was nominated by local co-working space Fueled Collective, formerly COCO.) As part of the criteria for the event, participating startups had to be actively seeking to raise $1 million to $5 million within six months of the event.

The autonomous vehicle is only a part of the company’s plan. “It’s a foundational building block,” says Cavender-Bares. Eventually, Rowbot will be equipped with sensors, enabling the machine to tune the nitrogen application rate based on each plant’s need. It also will have multiple functions for different crops and applications.

“Our goal is to make a big impact on agriculture,” says Cavender-Bares. To do so, “we are building an independent business that will provide robotics solutions to help growers with a bunch of jobs, as well as help growers collect data to do their

From Australia to California, Minneapolis-based Conservis is helping farmers make smarter decisions and improve efficiency. Founded nearly a decade ago, its enterprise farm-management platform assists growers with everything from planning and budgeting to purchasing, inventory management, analytics and reporting.

“Today, over 9,000 fields in 300 counties are managed on our platform,” says CEO Sherman Black. “We are the ERP [enterprise resource planning] software for farms.”

The company is unique in that it was developed from the eyes of a farmer, says Black: “It was created with farmers, for farmers.”

Since Black joined the company in 2016, Conservis has experienced a surge of growth. “We are really seeing adoption take off,” he says. “New bookings doubled from 2016 to 2017.”

Last year was a big year for Conservis. In addition to expanding into the permanent crop market, the company added machine data integration capabilities, reducing the amount of manual data entry. Conservis also raised $9.5 million last summer, which it used for product development and to scale its sales and marketing operations. Black wouldn’t disclose revenue; he says the company has between 50 and 100 employees. He’s hoping to raise more capital this year to expand faster into new crop types and to widen the company’s geographic reach.