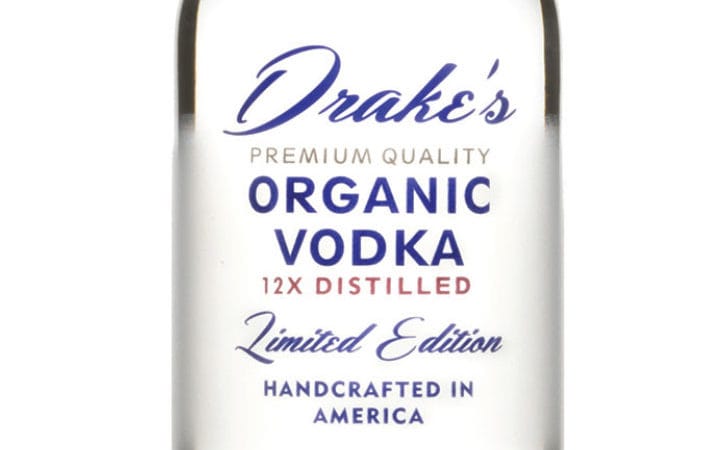 The popularity of craft alcohol has grown substantially in recent years, but there’s been a disconnect between that growth and a simultaneous rise of interest in healthy eating.

Enter Drake’s Organic Spirits, a Minneapolis-based company that produces the only rum verified as non-GMO (genetically modified organism) by the Non-GMO Project, a nonprofit. Drake’s produces one of only two non-GMO-verified vodkas (it is also organic/vegan), and Drake’s rum is also the country’s only organic and vegan rum.

Founded in 2017, the company raised $3 million through a private placement, and its products have won awards at spirits festivals. Mark Anderson, CEO and co-founder with wife Kristen, credits top-quality ingredients and a unique distillation and filtration system. Most alcohol is made from grain, giving it a harsher, burning quality; Drake’s is made from organic cane sugar, so it has a more natural, agave-like taste and is gluten-free, he explains.

The usual distilling process filters alcohol through charcoal, made of bone char; Drake’s is filtered through coconut fiber, making it vegan. (The products are also certified kosher.) What’s more, to give it better quality, Anderson says, the rum is distilled 12 times, instead of once, as is standard.

Prior to conceiving of Drake’s Organic, Anderson founded Captain Drake LLC in 2009 to source organic and non-GMO ingredients. It became the largest distributor of organic cane sugar and citric acid, sourced from Colombia.

Subsequently, recognizing a gap in the market, in 2015 Anderson hired Norseman Distillery of Minneapolis to produce white rum with Captain Drake ingredients. Fueled by a positive reception, Anderson negotiated a deal with a Colombian mill to mass-produce rum and vodka on-site. Thus Drake’s Organic Spirits was born (the name was changed to avoid conflict with Captain Morgan rum).

Drake’s made its local debut in August at Lord Fletcher’s restaurant, selling 17 cases of vodka in seven hours. In five days surrounding the Super Bowl, Drake’s sponsored 14 events, including Migos and Gucci Mane concerts. Through 10 days of festivities, it sold more than 600 cases at 91 locations, topping $1 million in sales.

To date, Drake’s products are approved for sale across 10 states, including about 300 locations in Minnesota. The company also has an aged rum in development.