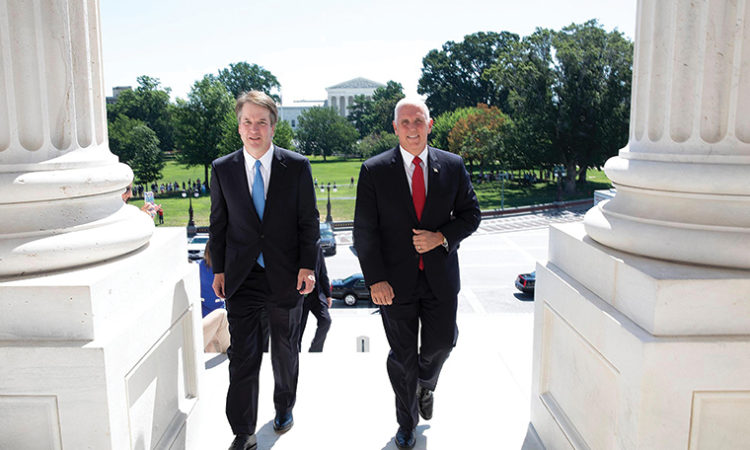 There Is No Appeal From Justice Kavanaugh

To: The Honorable Amy Klobuchar
By Vance Opperman
July 20, 2018

As the senior senator from Minnesota and a member of the Judiciary Committee, you are one of the 100 people whose advice and consent is required to give Judge Brett Kavanaugh a lifetime position on the United States Supreme Court. As the old saying goes, the Supreme Court is supreme not because it is wise, but because it is last. There is no appeal from Justice Kavanaugh.

At first blush, given the “drain the swamp” rhetoric employed by our president during his campaign, it is somewhat surprising that he would appoint a consummate Washington, D.C., insider. After all, Judge Kavanaugh was born and raised in the D.C. area by two lawyer parents. He attended the elite private school Georgetown Preparatory (along with another D.C. insider, Justice Neil Gorsuch).

Nor does his life experience extend beyond the Acela line—his only extended period away from D.C. was seven years spent in the confines of the Yale campus. The majority of his work experience consists of being counsel to the Starr investigation in D.C. and working in the White House for President George W. Bush (where he met his wife, who also worked in the White House). Judge Kavanaugh and his family now live in Chevy Chase Village, 5 miles straight up Connecticut Avenue from the Oval Office. Indeed, if one placed a protractor at 1600 Pennsylvania Avenue and drew a circle with a 6-mile radius, you would encircle the judge’s total lifetime experiences.

Following a failed nomination in 2003, Judge Kavanaugh later was successfully confirmed to a seat on the D.C. Circuit Court of Appeals. That Circuit Court is a center of government judicial elites; more of its members have been appointed to the U.S. Supreme Court than any other circuit. If confirmed, Judge Kavanaugh will be joining three other justices who served on the D.C. Circuit.

Commentators have noticed, and certainly any U.S. senator knows, that there is a permanent Washington, D.C. culture composed of elected officials, agency heads, cabinet members, judges on the D.C. Circuit, and a vast array of lobbyists, many of whom are former government employees or retired from their government service. Some critics, like President Trump, have referred to this as the “deep state.” So this nomination is curious.

Judge Kavanaugh has also written some curious articles. First in 1998, and subsequently in the Minnesota Law Review of 2007, he has written to the effect that presidents cannot be indicted while they sit as president, and that to subject them to civil or criminal proceedings impermissibly interferes with the discharge of their duties. It is this expression of presidential immunity that has set Judge Kavanaugh apart from the other judges on Candidate Trump’s judge list. But it may be wildly unfair to Judge Kavanaugh to suggest that he has a preconceived and firmly held view of the president’s immunity from prosecution or grand jury indictment, issues that could soon be in front of him. It is essential that the Senate Judiciary Committee explore this topic with Judge Kavanaugh.

One question might be “What are the limits of executive immunity?” Does Judge Kavanaugh believe that presidents are above the law? In his Minnesota Law Review article, he seems to suggest that Congress should pass a law immunizing the president for “dastardly” activities until after he leaves office. How would one discover the “dastardly” acts of a president except by investigation or grand jury proceedings? So Judge Kavanaugh should be given a fair opportunity to explain his judicial philosophy about limitations, if any, on presidential power. More bluntly, are the rest of us vassals of the king and subject to his rule, but, while he is king, he is subject to no rule? 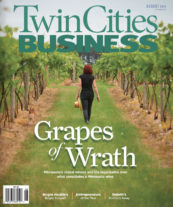 President Trump as a candidate said that he would only nominate judges who met his litmus test on reversal of Roe v. Wade. Judge Kavanaugh then appeared on a list suggested by the Federalist Society that met that test. But does he oppose Roe? Again, to assume that a person will get lifetime tenure as a Justice of the United States Supreme Court on the strength of some preconceived litmus test is demeaning, both to the judge and to the Constitution. He should be given an opportunity to discuss his judicial philosophy on settled issues.

The Senate Judiciary Committee will have failed its constitutional duty if it does not require and give Judge Kavanaugh the opportunity to explain where his judicial philosophy would find guidance in whether or not a law was “… rooted in text, history or tradition … ” [his test] such that it could be upheld as constitutional.

A Justice Kavanaugh could not be appealed. He would seem to have very little experience outside of the D.C. culture. It would be unfair to him, to us, and to the Constitution not to explore this nomination fully.