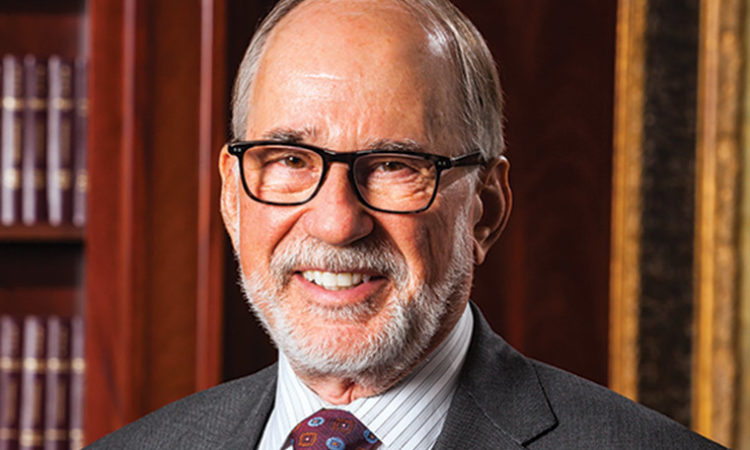 The proposed wealth tax is prismatically bad from any angle.
By Vance Opperman
January 30, 2020

The proposed wealth tax is prismatically bad policy—bad from any angle. Two of your fellow senators, Elizabeth Warren of Massachusetts and Bernie Sanders of Vermont, have both proposed taxing wealth on an annual basis at rates from 1 percent to 8 percent. Let’s examine some of the unwise aspects of the wealth tax.

Bright shiny object. With any new tax proposal, its advocates generally tout where the extra revenue should be spent. In the case of both Warren and Sanders, the new bright shiny object is Medicare for All (including for noncitizens). The current budget process, filtered through the net of political reality, has prioritized other tax expenditures. Apparently, that process has not prioritized the policy goals of Sens. Warren or Sanders. Put another way, all money is fungible. If we have a new revenue source, what guarantee do we have that revenue won’t be spent on our current budgetary priorities—more aircraft carriers (we have 24 already), more overseas bases (we have 800), or more farm subsidies (in excess of $20 billion annually)? Where will we find these new taxpayers?

Tree-hiding taxpayers. When it came to finding new taxpayers, the legislative response often attributed to Sen. Russell Long of Louisiana was “Don’t tax me, don’t tax thee, tax that man behind the tree.” It was assumed taxpayers would not object to new or higher taxes because very few of them would be hiding behind trees. This country has a proud tradition of instituting taxes on small, and consequently politically weak, groups of taxpayers.

Other proponents of the wealth tax claim it would make sure taxpayers pay their “fair share.” Fair share is never clearly defined, but you can bet it means paying more taxes than the proponent pays. There is something morally offensive about a government determining which citizens are fair and which citizens are unfair based solely on how much money they pony up. It is likely to turn out that a government-mandated “fair share” increase will fail to raise anything like the $200 billion-plus a year promised by the wealth tax senators.

Money, money, money. In a series of articles in The Washington Post, former Treasury Secretary Lawrence Summers (past president and currently an economics professor at Harvard) explains why these revenue projections are wrong. The basic flaw is that judgments about tax revenue based on academic studies differ greatly from tax projections by professional revenue estimators. Summers uses the existing estate tax as an example. Using current data, Summers estimates that the estate tax raised only $10 billion in 2017, or an approximately 0.8 percent wealth tax, which implies that a 2 percent wealth tax (the Warren proposal) would raise a total of $25 billion annually, not $212 billion as she projects. While the current nominal estate tax rate is 40 percent, the actual effective rate is only 13.5 percent. This lower effective rate is the result of aggressive estate-tax planning, a large and growing professional service. Both of the campaigns contest the accuracy of Summers’ analysis.

The Fine Print: The Art of Nonprofit Finance
Beet to Death
The Health of Tech
Verified: Local Professionals' Favorite Self-Care Products and Services

Privacy. There are many people reading this letter who are concerned that Alexa or Siri or their Apple TV is spying on them. Imagine filing with the federal government, on an annual basis, a list of all firearms, private companies, artwork, and private collections, complete with updated valuations of same. At least the Warren proposal sets aside some of this newfound revenue to vastly beef up the IRS.

Sweden. Almost all countries that had a wealth tax have now abolished them. Countries such as France and Sweden abolished these taxes in part because they did not produce the revenue projected, record keeping was burdensome, and one more thing: In Sweden, for example, billionaires like Ingvar Kamprad (founder of Ikea) left the country. Kamprad fled to Switzerland; when Sweden abolished the wealth tax in 2007, Kamprad and other billionaires returned. While Sen. Warren would let just about anybody into this country, she would impose a 40 percent wealth tax on anyone seeking to leave the country (and U.S. citizenship). It’s the Hotel California of tax proposals.

Benjamin Franklin. It does not take an economist to see that wealth taxes may be good politics, but they are terrible economics. The title of this Open Letter refers to a proverb attributed to Ben Franklin regarding the virtues of going to bed early and rising early. Franklin had another adage about saving pennies. Hopefully we will not soon be lamenting, “A penny saved is a penny taxed.”