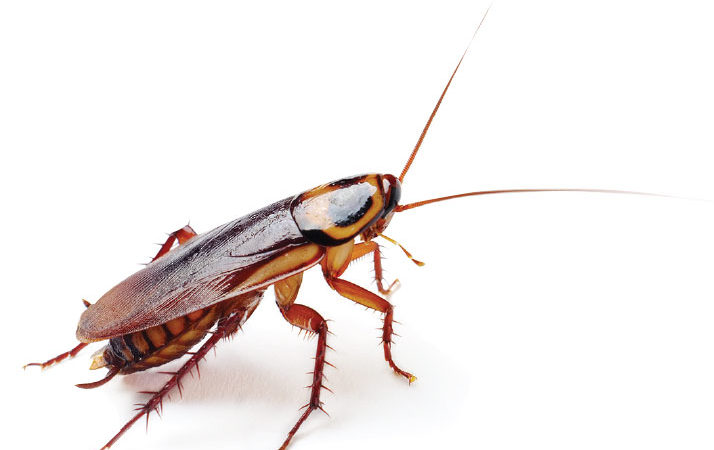 The Way of the Cockroach

InboxDollars scaled a hobby into a business without a penny of debt.
By TCB Staff
January 02, 2019

The only business concepts that get funded by venture capital are those capable of reaching the top of their food chain. They are the lions, the alpha predators. Very few business concepts fit that profile. If you are not one of them, don’t despair. There is another radically different path to success—the way of the cockroach.

Entrepreneurial programs, accelerators, and incubators all have a covert bias toward the VC model. Google and Facebook—called “unicorns”—are held up as the ideal. What is less known is that VCs invest in less than 1 percent of the concepts—the ones they see as lions. Even among that select group, only a small percentage will reach unicorn eminence.

Most entrepreneurs would be better off emulating the common cockroach. Cockroaches have outlasted the mass extinction of dinosaurs and survived the doomsday asteroids. They are not choosy about what they eat—grease, hair, glue—and have no craving for sugar. They can live for six weeks without any food at all. Most entrepreneurs would benefit from learning the enormous value of survival, perseverance, and reliance on limited resources.

Entrepreneurial programs, accelerators, and incubators all have a covert bias toward the VC model. What is less known is that VCs invest in less than 1 percent of concepts.

In second grade, Daren Cotter bought 10-pound bags of Jolly Ranchers and sold them one by one for a tidy profit. He was hooked. Later he bought a computer with savings from a job at a golf course. After teaching himself computer programming, he created and sold a shareware program, Absolute Best Unit Converter (ABUC). Checks started flowing from around the world at $5 per download.

Next, in high school in his small hometown, he developed an educational game, U.S. States and Capitals, for $10 a download. App stores were to come later, so he had to craft the entire e-commerce program. After he graduated in 1999, the 24/7 fast internet connection at his university gave him a whole new template. Hours of playing online games evolved into research on how money is made by keeping consumers connected.

Computer reward models were emerging—you signed up, downloaded, saw ads, earned some type of reward, earned more to refer others. As a student of these models, he found a way to do it better and personally developed and programmed every aspect.

His company InboxDollars was born after freshman year. Throughout college it remained a hobby business with limited reach. In 2004, around graduation, he weighed various options of selling or keeping it as a hobby while taking a job with a firm. The clear winner, in his mind, was to further build. In 2006, he reached the goal of making it into a real business with an office and employees.

InboxDollars is now a successful loyalty program that links advertising partners with consumers. It is an online rewards club that pays cash, not points, to members for doing a variety of things on the Internet such as take surveys, read and respond to emails, make internet searches, sign up for offers, play games, watch videos, listen to the radio, and refer friends. It was an Inc. 5000 company from 2008 to 2014, with many high-profile corporate connections such as Uber, Lyft, Hulu, and Amazon. It provides value to an array of stakeholders—members, advertisers, employees, shareholders, and the community.

The company supports various charitable organizations. Employees match their personal passion with a local charity through paid time off. Persons with disabilities stamp and mail reward checks to members. InboxDollars presently operates in the U.S., U.K., and Canada. Cotter was honored at the 2017 Titans of Technology awards.

The business has reached $25 million in sales and has over 35 team members and 2 million active members without raising a single dollar in external investment. Numerous financing alternatives came along, and Cotter revisited them multiple times during the last 13 years. Each time he declined. “In the time it took to conclude the deal,” he says, “the company had already grown to generate the needed cash.”

Consumer reviews range from gushing (“Who would have thought earning money could and would be SOOOOOOOOOOO Freakin Easy???”), to a more realistic “Pays out even though it takes a while,” to the disgruntled “It should be called Inbox Pennies.” Cotter is realistic. “Considering us as an alternative to a job is a mistake,” he says. “We provide rewards with an entertainment value.” The fact is that they do pay, even if it takes a while. By 2017, the company had paid out more than $50 million to its members.

InboxDollars exemplifies the cockroach approach, growing while subsisting on crumbs. If your efforts mature into a racehorse, then thank divine grace and enjoy the myriad alternatives that will open up.

Rajiv Tandon is executive director of the Institute for Innovators and Entrepreneurs and an advocate for the future of entrepreneurship in Minnesota. He facilitates peer groups of Minnesota CEOs. He can be reached at rajiv@mn-iie.org0.