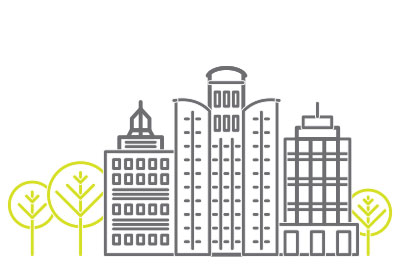 Construction cranes are everywhere in the Twin Cities. The building boom for splashy new rental apartments continues unabated. But amid the real estate comeback there’s something missing: new condo units for sale.

“I don’t think the for-sale market has ever been stronger than it is today. There is so much demand for downtown housing,” says Kroll, an agent for Edina Realty. “It’s great for sellers right now because there are so few options.”

Market statistics from the Minneapolis Area Association of Realtors tallied the median sales prices for new condos at $377,450 in April, a 39.5 percent increase compared with a year earlier. MAAR put the median price for previously owned condos at $140,000, up 7.7 percent compared to a year earlier. But new supply is thin: MAAR reported only 26 new condos on the market in April.

Many developers remain hesitant. Curt Gunsbury and partners recently scrapped a plan for a 30-unit boutique condo building in North Loop. The units were priced from $700,000 to $3.3 million. But finding buyers was a challenge.

“We just didn’t see a market for what we were selling,” says Gunsbury. Instead, they will move forward with a 71-unit apartment project on the site.

Similarly, a long-planned and much-debated condo project in the Linden Hills area of southwest Minneapolis (see Update this page) is now an apartment project under a new ownership group.

The exception? Prolific condo developer Jim Stanton of Coon Rapids-based Shamrock Development has under construction the Portland Tower, a 17-story, 112-unit condo project in downtown Minneapolis. Stanton has the market to himself and targets a middle-market buyer with prices well below what Gunsbury was asking. Stanton’s recent 164-unit Stonebridge Lofts in downtown Minneapolis sold briskly.

Stanton is bolstered by studying the resale market: “The market’s very good,” he says. “The people that bought in the last few years are selling at a nice profit.”

“I think a lot of developers are cautious about the experience that they had last time,” says Sherman, recalling the sting of the condo collapse. “We don’t have a condo on our schedule right now.”

Sherman says that for most developers today, the numbers simply don’t pencil out. Rising construction costs and a state law mandating a 12-year warranty on condo units are unnerving. Sherman figures that average condo prices need to climb an additional 30 percent before developing condos becomes competitive with apartment builds.