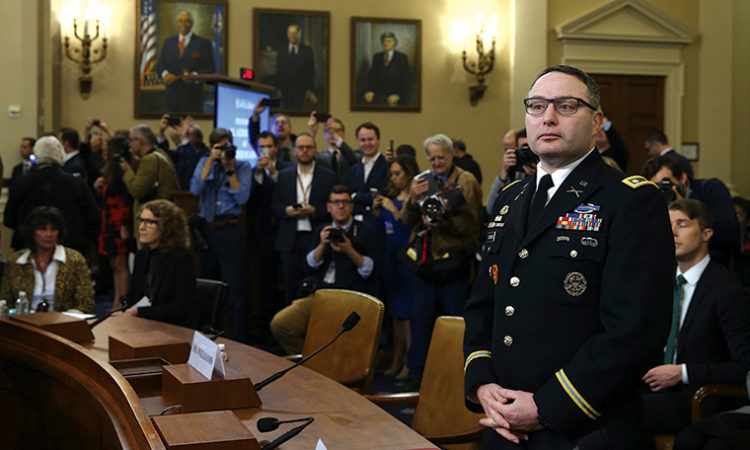 Why written performance reviews at work are still a good idea.
By Linda L. Holstein
January 28, 2020

Lt. Col. Alexander Vindman, a decorated Army officer now famous for testifying in the Trump impeachment inquiry, probably never guessed how important his most recent job performance review would be for his reputation outside the workplace.

As the leading expert on Ukraine assigned to the National Security Council (NSC), Vindman was on the July 25 phone call between President Trump and Ukrainian President Volodymyr Zelensky, which Trump characterized as the “perfect phone call” heard around the world.

Vindman testified at a closed deposition before members of three House of Representatives committees, then again at a public House hearing in late November, recalling every excruciating detail surrounding that phone call and, more generally, his service in the White House.

Vindman had reported to Dr. Fiona Hill, senior director for Russia and Europe at the NSC for over a year, until she left in mid-2019. She was succeeded by fellow NSC staffer Tim Morrison, who held the job for three months.

Hill and Morrison also gave closed-door depositions and subsequent public testimony. After Morrison was subpoenaed, he privately testified that “some” at the NSC had questioned Vindman’s “judgment,” as well as speculating that the colonel may have known about or been responsible for “leaks.” Morrison’s deposition was released less than a week prior to Vindman’s televised House testimony in November, but Vindman was ready.

He had a bombshell document hidden beneath his medals.

When it was President Trump’s party’s turn to question, Rep. Jim Jordan, R-Ohio, kindly thanked Col. Vindman for his service and sacrifice, then pounced:

Jordan again summarized the “poor judgment” and “leaker” labels, asking the witness, “Any idea why they have those impressions, Col. Vindman?”

The witness pulled out his 2019 performance evaluation from his then-supervisor, Fiona Hill. Hill’s written description of her subordinate is of the sort rarely found in the employment world: “Alex is a top 1 percent military officer and the best Army officer I have worked with in my 15 years of government service. He is brilliant, unflappable, and exercises excellent judgment…exemplary.” After reading the description, Vindman paused, looked up over his glasses at Rep. Jordan, and calmly noted, “I think you get the idea.”

Those watching the live hearing got the “idea,” if they hadn’t already noticed the full military dress Vindman chose to wear that day. Fiona Hill’s later explanation under oath confirmed that she found Vindman to be an excellent employee and that she had simply told her successor, Morrison, that Vindman’s slant was probably more “military than political,” as opposed to lacking in judgment.

Performance appraisals are taking a beating in the American workplace. The entire review process, described as a “rite of corporate kabuki” by The Washington Post, has been criticized on various fronts, starting with the problem of time. According to research service CEB (now a part of Gartner, Inc., a global business advisory service), the average manager in a 10,000-employee company reported spending about 210 hours—close to five weeks of work time—doing appraisals each year.

Beyond the time-suck, critics claim that reviewing individual performance from an employee’s past employment year (“tracking accountability”) ignores the nature of the 21st century workplace, particularly for knowledge workers.

Traditional performance management, in other words, does not account for an employee’s comfort with rapid innovation, the need for agility, and the ability to foresee and accept change. Finally, some companies that have abandoned formal reviews claim that managers now have the freedom to make differential pay decisions without being tied to assigned (“forced”) ratings.

Employees themselves reportedly prefer, by a large margin, to be called “average” than to be rated a 3 on a 5-point scale, thus proving that they abhor any forced rating system and resent the encouragement of internal competition.

One of the more traditional companies that adopted a no-written-evaluation model is GE. Perhaps it was a reaction to their former CEO, Jack Welch, who saw only three types of employees— outstanding, OK, and out the door.

The Health of Tech
Beet to Death
Verified: Product Recommendations from Business Leaders
The Fine Print: The Art of Nonprofit Finance

His legacy, frightening to some (though not to his investors), encouraged a system where top talent was visibly and consistently rewarded, and struggling performers could see their “numbers” as a clarion call to exit.

Defenders of traditional performance management, more nuanced than Welch’s, argue that abandoning the review process alienates top talent. Worse, an August survey by Gartner found that employee engagement and intent to stay actually declines when employees “doubt that pay is differentiated by merit.” Even Welch, quoted in The Wall Street Journal several years ago, said that “as a manager, you owe candor to your people.”

Constant assessment and consistent feedback after the completion of every project is what “non-review” companies claim they can do for their employees. That’s a lot of talking for some managers. Col. Vindman, for one, was lucky his manager put it in writing. 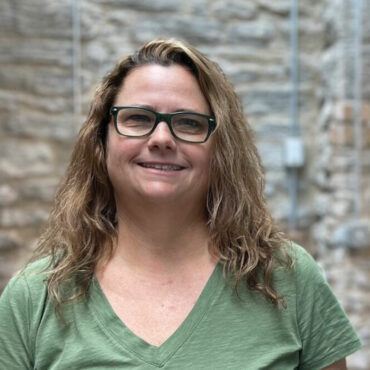