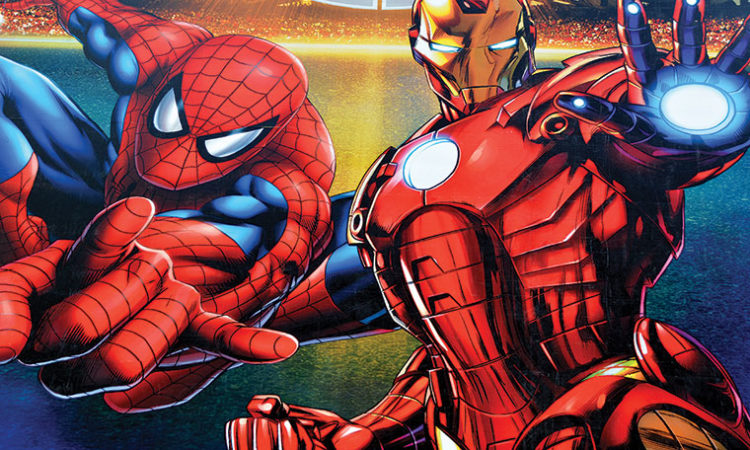 What if robotics and AI could extend the use of experienced talent?
By Ravi Norman
June 01, 2017

I was watching a Marvel Comics movie with my 6-year-old daughter when she asked one of the most profound questions presented to me in years: “Why don’t people in real life make suits like Iron Man?” Attempting to sound intelligent and wise, I responded, “They do, but they are used in the military before they become available to everyday people.”

For the next 90 minutes, I found myself going over the adventures of Tony Stark, reflecting more and more on the question from my 6-year-old. I thought about the rise of artificial intelligence and the intersection of machine learning and robotics. And I started to think about its impact on the role people play in industry today, and our ultimate purpose.

After the credits rolled and my daughter had fallen asleep, I picked her up and put her to bed. On my return, I asked my wife, “Why do you think people fear the rise of technology?” Her response, I surmise, was common to many others’ perspective: “Because most of the time technology reduces people to commodities and it replaces their function or job.”

I think she hit the nail on the head. Findings from some online research I did afterward helps to explain why:

“In 1850, agriculture employed roughly 60 percent of the working population… today it is less than 3 percent.” —Linda McMaken, “How Technology is Replacing Workers,” investopedia.com, October 22, 2012.

The number of Americans employed in manufacturing “has dropped from 30 percent in the post-World War II years to around 10 percent partly because of increasing automation.” —David Rotman, “How Technology Is Destroying Jobs,” technologyreview.com, June 12, 2013.

This trend is particularly acute in the mining, farming, manufacturing, automotive and service industries.

The use of AI/automation/robotics as a cheaper and more reliable form of labor is intersecting with an era where policy makers are increasingly concerned about entitlements and obligations tied to a growing aging population—or, as Marion Smith of the Heritage Foundation says in 2010’s “Solutions for America: The Entitlement Crisis”: “Entitlements—Social Security, Medicare and Medicaid—threaten to bankrupt the nation. The unsustainable tsunami of spending on these programs will accelerate as 77 million baby boomers flood into them.”

I was beginning to wonder what the solution could be when, once again, I was inspired by one of my children. This time it was my 13-year-old son while we were watching the Minnesota Timberwolves beat the Washington Wizards. A commercial came on with Brett Favre pitching a product called Copper Fit, saying it reduces pain and provides additional support for him to throw a football in a recreational game. My son said, “If Brett Favre could wear this and still play in the NFL, he would!”

“You are absolutely right!” As soon as the words left my lips, I began to consider this commercial and my son’s observation as a transitional solution to the aforementioned challenges.

What if older individuals working physically challenging jobs could also overcome physical constraints associated with aging? Are there industries where the replacement-worker ideology has not been entirely adopted and older individuals could use such a thing? Are there machine learning/robotic companies that might be interested in making it happen?

This all led me back to the construction industry, which I work in. It’s traditionally been slower than other industries to adopt disruptive innovation. In fact, a June 2016 McKinsey report stated, “Given the construction industry’s poor track record on innovation and the adoption of new technologies, tools, and approaches, project owners and contractors need to adopt a new mindset.” This slow-to-adopt culture may have hurt our comparative productivity, but it just may allow us to create a better solution.

I went out to one of our job sites and asked Martin Matheny, my general superintendent, “If there were no physical constraints, do you think our older tradespeople would continue working?” His response (which had to be sanitized for this publication) was a vehement “Yes!”

The next step in my research was to inquire about the possibility of AI and robotics solutions that could augment the human, instead of replacing them.

This intersection of people willing to work longer, an industry that is inclined to adopt augmentation over replacement of workers, and the technological advancements in assistive robotics provides us with a real opportunity to develop something here. The use of external robotic elbows, backs, and knees could lead to tradespeople working an additional seven to 10 years—and maybe even bring Brett Favre back out of retirement. 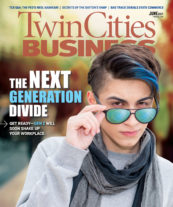 In the meantime, take care of yourself and each other!