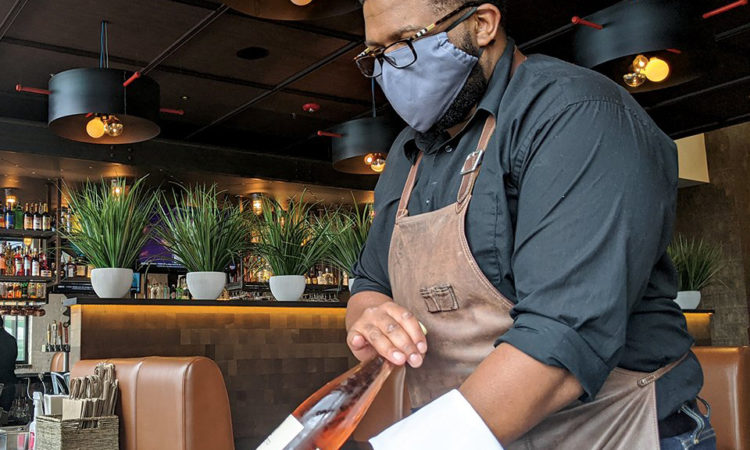 Though the state’s unemployment rate fell for the third month in a row in August, the change in seasons will likely disrupt economic progress.
By Dan Niepow
September 17, 2020

Minnesota’s unemployment rate dropped for the third month in a row in August, though state officials are bracing for a possible economic downturn over the fall and winter.

Last month, the state’s unemployment rate declined to 7.4 percent. The state also added 40,500 jobs, according to the Minnesota Department of Employment and Economic Development (DEED).

“The trendline continues downward, but not quite at the clip that we had seen before,” said DEED Commissioner Steve Grove in a Thursday morning press call.

Still, it may be too soon to tell if those gains will stick. DEED officials conceded that some of the job growth stemmed from temporary hires for the U.S. Census. As a result, jobs in the federal government led the state’s job growth in August, with an increase of 11,000 jobs. The hospitality sector came in second for job growth, adding 7,800 jobs.

As summer turns to fall, though, some of those jobs may disappear.

“Minnesota has one of the most seasonal economies in the country,” said Oriane Casale, interim director of DEED’s labor market information office. “Obviously, the Covid pandemic is going to only make that more dramatic because people’s leisure and hospitality spending is going to be so much more impacted in the winter.”

She added: “We have to hope that the pandemic and spread really stay under control so people feel comfortable going out.”

What about prospects for economic recovery? Well, that’s likely still a ways off, DEED officials said. Nationally, many economists don’t expect a full recovery until sometime in 2022, Casale noted.

“We in Minnesota are fairly closely following that trend so far,” she said.

When it comes to unemployment rate, though, Minnesota is still below the national level, which sat at 8.4 percent in August.

“Those disparities are significant, Grove said. “We know this pandemic has had an uneven effect on various demographic groups. … A high percentage of Black Minnesota labor force is employed in the leisure and hospitality industry,” which has been hardest hit by pandemic-related job cuts.