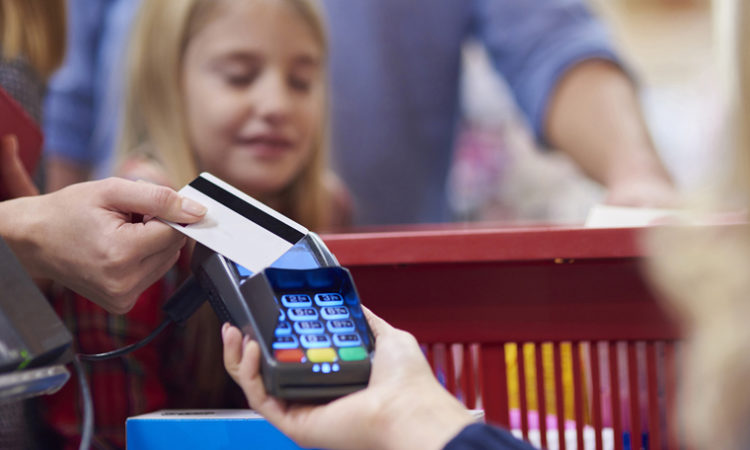 Stores across the country will be able to use the service at Target in the next several weeks.
By Tess Allen
January 23, 2019

Forget your wallet? Not a problem. Paying for everything on your next Target run will soon become easier for those on-the-go as the Minneapolis-based retailer announced Tuesday it will soon accept Apple Pay, Google Pay, Samsung Pay, and contactless cards during checkout.

Rollout of the new service will occur over the next several weeks, Target says. Once enabled, customers will have the option to hold their supported phone, watch, or card up to the card reader at checkout to complete their purchase. No wallet fumbling necessary.

“Offering guests more ways to conveniently and quickly pay is just another way we’re making it easier than ever to shop at Target,” says Target Chief Information Officer Mike McNamara.

Before now, shoppers wanting to pay with their phones at Target had to download the Target Cartwheel App where they could link their Target REDcard. But that meant they had to have the branded app and card.

While Target was previously one of the biggest retail holdouts on Apple Pay and other similar “tap-to-pay” services, it’s now joining the ranks alongside Best Buy, Costco, and CVS Pharmacy.

And with Apple Pay also coming to more than 7,000 Taco Bell, 3,000 Speedway, 2,200 Jack in the Box, and 245 Hy-Vee locations, the only four-year-old service will now be supported by 74 of the top 100 merchants in the United States. That’s 65 percent of all retail locations across the country.

While still a relatively young Apple subsidiary, Apple Pay was what spurred the development of other similar services like Google Pay and Samsung Pay. Visa, American Express, Mastercard, and Discover now all offer contactless cards, as well. With millions of contactless card transactions occurring each day, Target recently began looking into enabling this new form of making payments. It initial tested the service in several locations before rolling it out nationwide.

Walmart, however, continues to hold out, citing the use of its own contactless payment service called Walmart Pay. Services like Apple Pay provide banks a 0.15 percent cut of every transaction, which also affected the adoption rate of contactless payment.