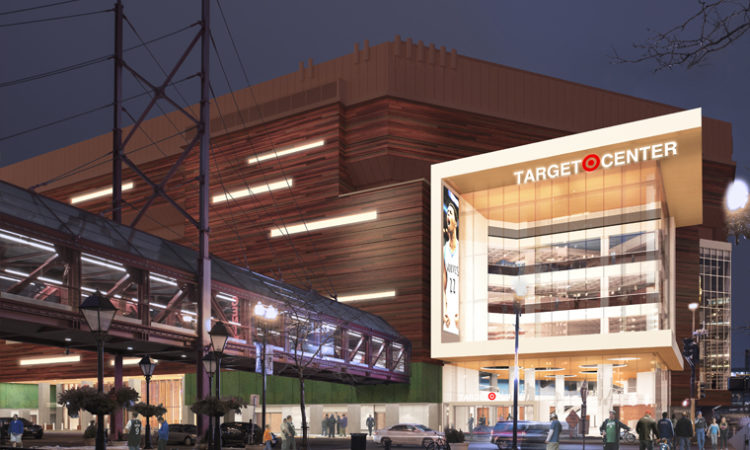 The investment from the Timberwolves and Lynx organization will allow for a total makeover of its premium Club TI area, as well as concession upgrades for fans in the upper ring of the sports complex.
By Sam Schaust
September 17, 2018

Hardhats and construction equipment have poured back into Target Center for another round of renovations.

Following an 18-month, $140 million makeover of the downtown Minneapolis complex that ended a year ago, the Minnesota Timberwolves and Lynx organization are dedicating another $2.5 million to spiff up the premium level space Club TI (Treasure Island) and the upper ring concession areas.

Work began “recently” on the renovations, Timberwolves and Lynx spokesman Aaron Seehusen tells TCB, and should wrap before the Timberwolves’ home opener against the Cleveland Cavaliers on October 19.

Approximately $2 million of the latest renovation budget will go toward Club TI, a premium experience section that post-construction will have room to seat up to 30 guests. Starting at $4,000 a game, Club TI includes a bar with food and beverage options designed by local chef and restauranteur David Fhima. Upgrades to Club TI include the addition of pool tables, a shuffle board table, a merchandise shop exclusive to Club TI guests, and a revamped bar area allowing for extra seating.

“The fun and excitement that will take place in the new Club TI is reflective of the premium experience we strive to provide our guests each and every day at Treasure Island Resort and Casino,” said Prairie Island Indian Community Tribal Council president Shelley Buck in a statement. 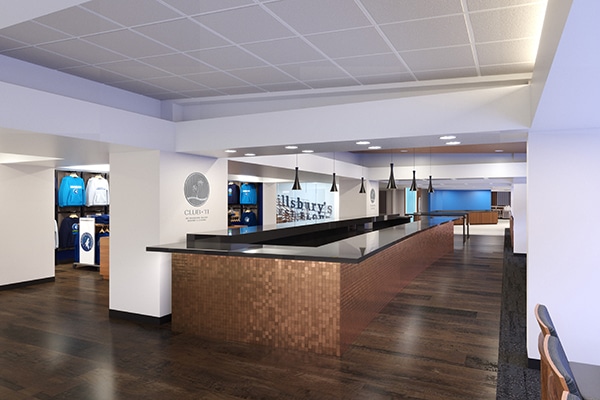 A rendering of the bar area at Club TI in the Target Center. (Photo provided by the Minnesota Timberwolves and Lynx) 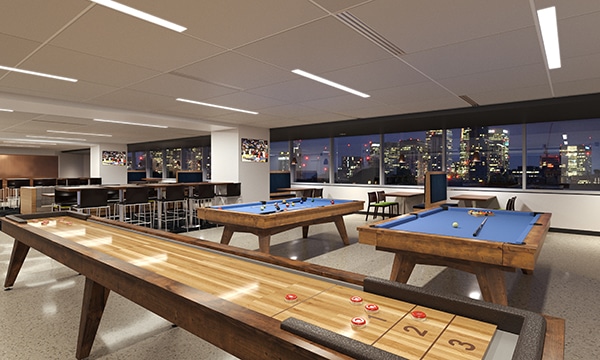 Pool tables and a shuffle board table are being added to the Club TI space. (Photo by the Minnesota Timberwolves and Lynx) 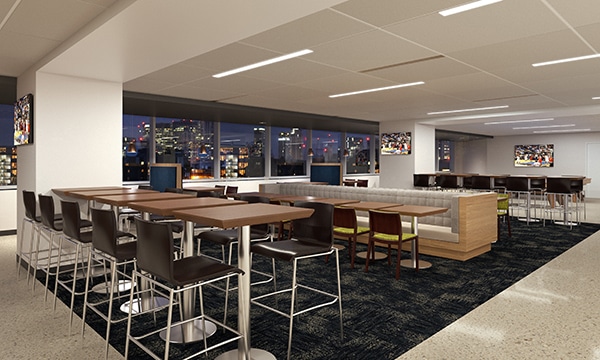 Additional seating is also being built into the Club TI space. (Photo by the Minnesota Timberwolves and Lynx)

Target Center attendees in the top-floor 200 level will also have something to look forward to. The remaining $500,000 of the renovation budget will be spent on concession stand upgrades, new food offerings, and the addition of a team store to the 200 level. That money will also go toward certain technology upgrades at Target Center, as well as “an enhanced food experience” for members of the lower ring Lexus Courtside Club.

“As we move forward, these upgrades will go a long way to ensure Target Center remains one of the nation’s premier event centers,” said Timberwolves and Lynx majority owner Glen Taylor in prepared remarks.

Both the Timberwolves and Lynx posted historic seasons this year with the men’s team ending a 13-year playoff drought and the Lynx signing off from the Lindsay Whalen era following her retirement after the team’s first-round playoff loss.

According to the Timberwolves, business improved in “nearly every area” last season, thanks in part to the improved roster bolstered by All-Star shooting guard Jimmy Butler. Attendance year-over-year rose 15 percent, the Timberwolves said, while its full season ticket base grew by 20 percent. Sixteen of the team’s regular season home games featured sell-out crowds—the highest the basketball organization has seen since its 1991-92 season.