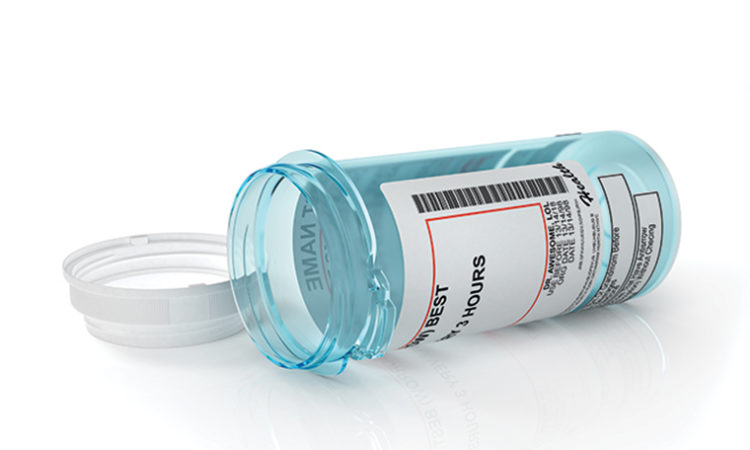 Take Two Pills, Pay Me If They Work

Employers should check out ‘outcomes-based’ contracts with drug companies—you pay only when their high-priced specialty drugs work as promised.
By TCB Staff
February 28, 2018

In our last episode, our employer and health plan heroes were using conventional weapons like more-restrictive prescription drug benefits and higher copayments to battle the high cost of specialty drugs prescribed to their workers and enrollees suffering from chronic illnesses (bit.ly/2Gz2Vdw).

In this episode, our heroes will learn about a secret weapon under development that could turn the tide in the fight against drugs that often cost more than $10,000 for a 30-day supply of pills. That secret weapon is value. Value is the best possible outcome at the lowest possible cost.

Value-based reimbursement is a thing in health care. It means payers like employers and health plans reimburse hospitals and doctors based on the outcomes of the care they provide. They get paid more if they meet or exceed specific quality and cost targets. They get paid less if they miss the targets. Value-based reimbursement is replacing fee-for-service medicine—the traditional model, when hospitals and doctors get paid based on the type and volume of the care they provide, regardless of the outcome.

A report from the Health Care Payment Learning and Action Network, a group that tracks value-based reimbursement trends, said the percentage of all payments to hospitals and doctors attributed to value-based reimbursement contracts rose to 57 percent in 2016 from 38 percent in 2015. The group’s report is based on payment data from 80 public and private health plans and plan sponsors (bit.ly/2F31l31).

To date, this value-based payment approach largely has been limited to providers—hospitals, doctors and other care facilities and clinicians. But forward-looking (read: aggressively cost-conscious) employers and health plans want to extend this approach to drug manufacturers. In other words, employers and health plans will pay for specialty drugs only if they work. Drug companies, you’ll get the $10,000 or more per month if my employee is cured, stayed as healthy as possible or didn’t die or go to the emergency room from an unintended side effect.

One of the first reports I read on outcomes-based contracting in the specialty drug world was from Avalere Health, a Washington, D.C.-based health care market research firm (bit.ly/1W46tYT). The report, released in June 2016, is based on a March 2015 survey of 42 health plans with a total of 161 million covered lives. Even at that point—three years ago—most health plans expressed interest in outcome-based contracts with drug companies for costly specialty meds. The drugs of specific interest were medications to treat hepatitis C, cancer, multiple sclerosis and rheumatoid arthritis.

Avalere defined an outcomes-based contract as one “in which the performance of the product is tracked in a defined patient population over a specified period of time, and the level of reimbursement is based on the health and cost outcomes achieved.

Avalere followed up with another survey two years later (bit.ly/2reyNyF). It asked 45 health plans with a total of 183 million covered lives if they acted on their interest. Eleven did. Four had one outcomes-based contract in place; two had two to five contracts in place; and five had more than five contracts in place. Another 14 plans said they were in negotiations for one or more outcomes-based contracts.

What do drug companies think about this new way to get paid for drugs? The Health Research Institute of PricewaterhouseCoopers asked 101 executives from 97 Big Pharma companies that question. PwC published the results last September (pwc.to/2BbHk8i). 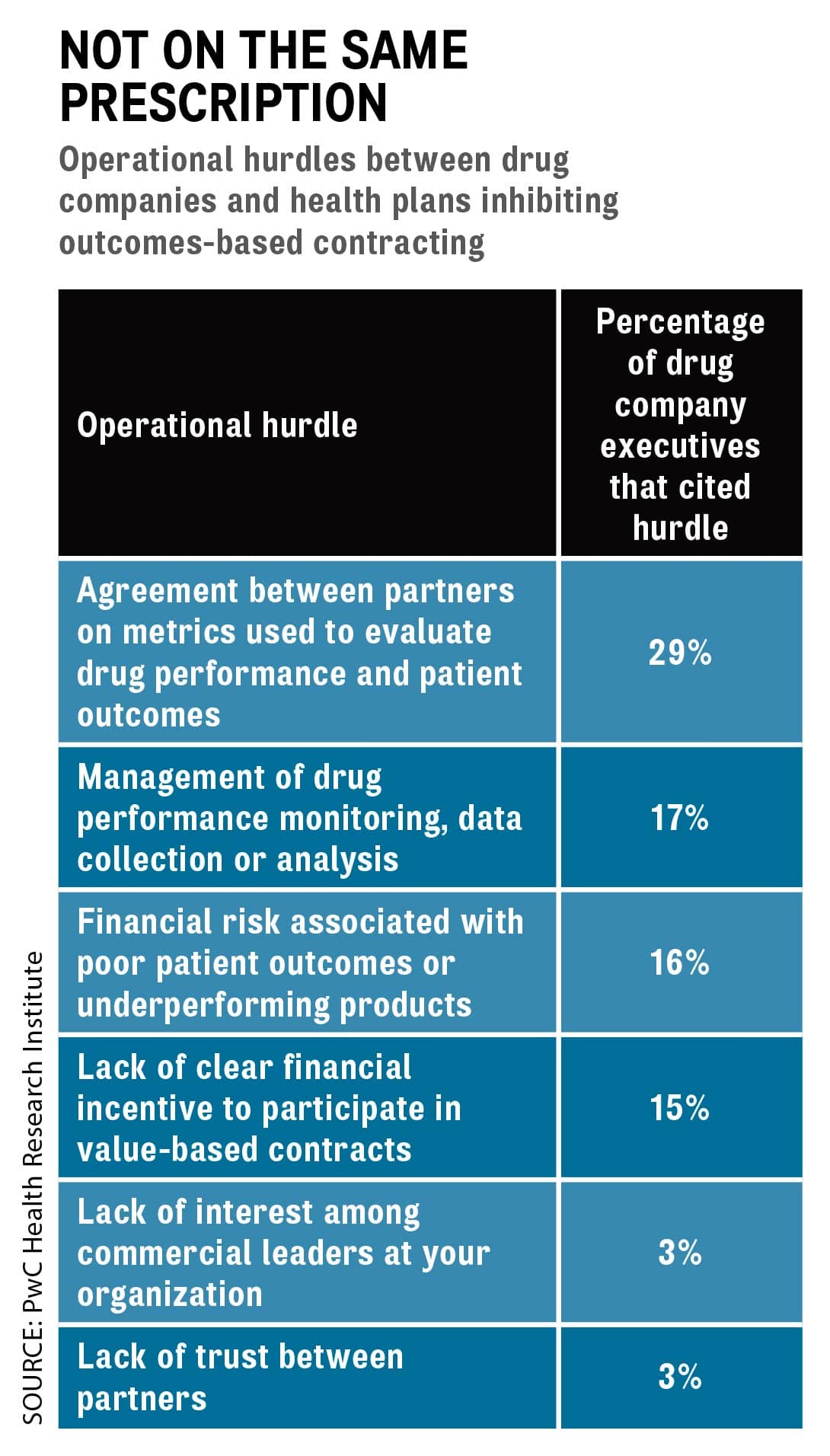 Some 25 percent of the executives said their companies have entered into one or more outcomes-based contracts with health plans. As a journalist, the line that caught my eye in the PwC report was “Many value-based contracts are not announced publicly, which makes it difficult to comprehensively measure participation.

My read: Drug reps don’t want it getting around that you can negotiate prices based on whether their stuff works. I think: Why should drug makers (and hospitals and doctors, while we’re at it) be different from any other retailer?

It certainly is much easier to pay for specialty drugs based on the type of drug and how much someone needs. It’s much more difficult to define the outcomes on which to base reimbursement. Agreeing on the measures to evaluate drug performance and patient outcomes is the biggest operational challenge to such arrangements, cited by 29 percent of the Big Pharma execs surveyed by PwC (see chart).

When you consider the benefits of outcomes-based contracts for specialty drugs, the effort to overcome the operational challenges is worth it, especially for the business community and its legion of workers. A report from the London-based Social Market Foundation and sponsored by Swiss drug maker Novartis International detailed some of the many benefits (bit.ly/2u3bJBF):