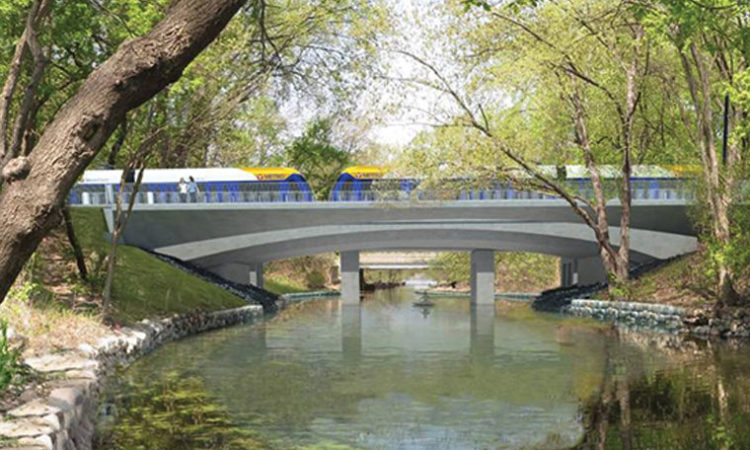 Hennepin County to be asked for $200 million more at next board meeting.
By Adam Platt
July 26, 2021

It’s not clear what Donald Trump’s Federal Transit Administration knew about Southwest Light Rail’s construction trajectory when it required the Met Council to double the project’s contingency budget from $203 million to $403 million as a condition of federal funding in 2018, but it now looks clairvoyant.

The Met Council notified stakeholders last week that it will ask the Hennepin County Board to allocate $200.3 million at its Aug. 3 meeting, the full amount of the project’s second contingency. This means the county is now committed for roughly $960 million of the project’s $2 billion budget.

The first $203 million contingency fund was eaten away by the usual small items, plus unanticipatedly large amounts of contaminated soil in the project right of way, a $90 million separation wall demanded by BNSF Railway, and challenges with soils and the Kenilworth Tunnel. The second contingency will likely be fully allocated toward tunneling expense, says Hennepin County Commissioner Debbie Goettel.

Goettel says the transit project is now 50 percent complete so the potential for unforeseen surprises is limited given that very few elements of construction have not been started (other than portions of the Kenilworth Tunnel). Most costly problems show up by the time earth is turned. Whether all $200.3 million will be spent is anybody’s guess, but Goettel says negotiations with contractors are ongoing, but material and labor shortages are making budgeting tortuous for transit projects around the country.

If the second contingency is insufficient to complete the project, Hennepin County would be on the hook, but Goettel says the county would look to other regional and federal agencies as well, and perhaps a more transit benevolent Biden administration would see fit to use a potential infrastructure bill to help the county out.

The Met Council currently declines to estimate an opening date or final cost for Southwest Light Rail (also known as the Green Line Extension), which will connect downtown Minneapolis and Eden Prairie, but has said it hopes to have revised estimates later this year.