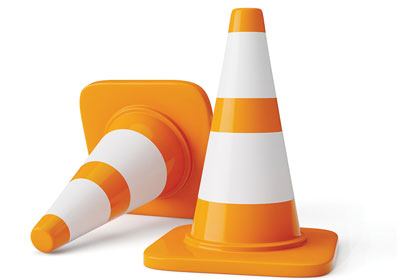 Business leaders across Minnesota are the most pessimistic they’ve been about business conditions since the first quarter of 2013, according to TCB’s quarterly economic indicator survey completed by 367 respondents in late September.

When polled about their outlook and plans for the current quarter ending Dec. 31, 19 percent say they now expect business conditions in Minnesota to worsen, up 50 percent from one year ago at this time and up 32 percent from last quarter. Only 28 percent say they expect conditions will improve; this is the lowest level of optimism since the fourth quarter of 2011.

In terms of global business conditions, 29 percent say they expect they will worsen by the end of the year, up 37 percent from one year ago at this time, and the highest level since the first quarter of 2013. Conversely, the percentage of those who believe conditions will improve dropped 17 percent from last year’s fourth quarter.

As a result of these and other factors, survey takers indicated plans to reduce hiring this quarter—the first time in nearly three years that the survey has seen a pullback in hiring. While only 8 percent plan to reduce employment levels and 34 percent plan to increase them this quarter, this represents a 40 percent increase in job cutting and 12 percent decrease in hiring compared with employers’ plans in the previous quarter.

On a brighter note, hiring appears to be the only area where Minnesota business leaders plan to tap the brakes this quarter, and activity is expected to increase in research and development, as well as capital expenditures.

Similarly, with capital expenditures, 37 percent of business leaders polled say they plan to increase spending in this area, an increase of 11 percent from last quarter and 18 percent from a year ago. Only 8 percent plan to reduce capex spending, a decrease of 22 percent from those who planned to cut back three months ago, and 10 percent from the fourth quarter of 2014.

Meanwhile, the percentages of leaders anticipating increases, the same or decreases in productivity and production levels are relatively unchanged from last quarter. Also similar to last quarter, 32 percent of respondents expect operating profits to increase this quarter—6 percent more than one year ago at this time. Only 12 percent say they expect profits to shrink, while 56 percent expect them to remain about the same as last quarter.

Survey results are used to compile TCB’s Minnesota Economic Outlook Index, which decreased to 50.6 percent, which for this quarter ties the trailing 17-quarter average here. An index above 50 indicates healthy business growth; below signals slowing business growth. This indicator would have been higher if not for the high level of “it’s getting harder” responses to finding talented labor and the rising concerns about global and state economic issues.

One questions asks, “What do you anticipate as your biggest business challenge in the next three months?” Finding good employees topped the list among the 293 written responses. One response that hit on themes expressed by several others was this one: “Finding smart, hard-working and experienced individuals is by far the most challenging part. We get lots of applications for designer, programmer, manager, etc., positions, but finding candidates with lots of potential and drive takes a long time.” Some other responses that hit upon concerns expressed by other survey takers:

TCB’s survey allows respondents to mention issues not on the survey. Among them:

Another question is whether those businesses that plan to expand will do so in Minnesota. This quarter, 59 percent indicated they would, up from 57 percent three months ago; 22 percent reported they won’t, the same as last quarter; and 19 percent answered “unknown,” which is down from 21 percent previously.

Percentage of respondents anticipating increases (Business Planning, above) or improvements (Business Conditions, right) in these areas during the fourth quarter of 2015; charts are a diffusion index view: all responses for “increase” or “improve,” plus one-half of responses for “maintain” or “stay the same.” Above 50 is positive; below is negative.

Percent of 367 Minnesota businesses that anticipate increases in these areas during the fourth quarter of 2015.

Percent of respondents, by county, that anticipate increases in these areas during the fourth quarter of 2015

Since mid-2011, Twin Cities Business has sent more than 11,000 business leaders throughout the state the same set of questions every quarter, asking them about plans and expectations for the next three months. This issue’s survey, conducted at the end of September, provides insight about the fourth quarter ending Dec. 31

Twin Cities Business conducts its survey quarterly to provide a look at business planning and sentiment among leaders across all industries in Minnesota. An email link to an online survey was sent to 12,449 Minnesota business leaders in late September, and reminder emails were sent the following week to those who had not yet completed the survey. The Minnesota Chamber of Commerce provided some of the email addresses used in this outreach. As of Oct. 2, 367 leaders responded, resulting in a 2.9 percent net response rate. Of those who responded, 89 percent represented privately held businesses.