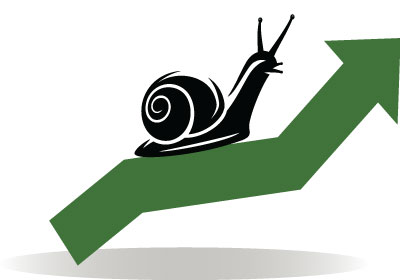 Survey: Is The Economy Slowing?

Corporate growth is, compared with last quarter. But business leaders are still spending and hiring at nearly the highest levels in four years.
By Abe Sauer
May 01, 2015

Survey: Is The Economy Slowing? Corporate growth is, compared with last quarter. But business leaders are still spending and hiring at nearly the highest levels in four years.

Minnesota business leaders appear to be lifting their collective foot off the gas pedal of economic expansion after stomping on it during the first three months of the year.

Since mid-2011, Twin Cities Business has sent more than 11,000 business leaders throughout the state the same set of questions every quarter, asking them about plans and expectations for the next three months. This issue’s survey, conducted at the end of March, provides insight about the second quarter ending June 30. Business leaders are asked whether they plan to increase, maintain or decrease in areas such as full-time headcount, R&D and capital expenditures. We also ask their opinion on matters such as business conditions in Minnesota, finding financing for their businesses and finding qualified labor; they can choose “worsen,” “stay the same” or “improve” to indicate their outlook.

Findings from TCB’s quarterly economic indicator survey about plans for the second quarter of 2015 pale slightly from those of a quarter earlier; at that time, many responses hit 14-quarter highs in plans to increase capital expenditures, payroll, R&D, productivity, revenues and profit margins.

The majority of the 481 business leaders responding to TCB’s survey indicate they plan to maintain current levels of capital expenditures, R&D spending and hiring compared with their plans heading into 2015, when the percentage of those saying “increase” hit 14-quarter highs. Some 40 percent plan to increase their headcounts this quarter, compared with 46 percent in the first quarter. But only 36 percent and 21 percent plan to increase capital expenditures and R&D spending, respectively, which is down 15 to 20 percent from the first quarter.

There also has been a 12 percent drop since last quarter in the percentage of leaders (now at about 40 percent) who believe business conditions in Minnesota will improve this quarter. Dale Carnegie’s quarterly Minnesota Pulse survey found similar findings, with a 7 percent drop in optimism about the respondent’s company prospects, as reported by the approximately 250 individuals who took its survey.

Such trepidation is in line with national reports in recent weeks indicating concerns about the U.S. economy’s weaker-than-expected gross domestic product numbers, lack of inflation, drop in consumer spending due to tough winter weather and an increase in personal savings rates. March private business job creation dropped to its lowest level in more than a year, according to ADP. And manufacturing expanded at its slowest pace since May 2013, according to the Institute for Supply Management, a trade group of purchase managers.

Meanwhile, productivity growth is expected to slow in the months ahead. Some 48 percent of respondents still expect more out of their employees this quarter. But this level of anticipated increased productivity is below the 15-quarter trailing average of 51 percent. It’s also 7 percent less than a year ago and 13 percent less than last quarter. Employee productivity in this state appears to have peaked in the first quarter of 2012, when 56 percent of business leaders expected it to increase in the months ahead and only 1 percent forecast a drop.

The governor’s approval rating improved for the second consecutive quarter. The percentage of those who disapprove fell from 49% heading into the first quarter of 2015 to 48% today. “Unsure” dropped 7.9% to 16%. Compared with a year ago at this time, 2% more approve, 10% more disapprove and 24% less say they’re unsure.

Survey results are used to compile TCB’s Minnesota Economic Outlook Index. For the second quarter, the index decreased slightly to 51 percent, which is equal to the trailing 15-quarter average here. An index above 50 indicates healthy business growth; below signals slowing business growth. This indicator would have been higher if not for the high level of “it’s getting harder” responses to finding talented labor.

One of the survey questions asks, “What do you anticipate as your biggest business challenge in the next three months?” Finding qualified talent topped the list among the 368 written responses here, with more starting to complain about whether colleges are producing people worth hiring. Some other widespread concerns:

TCB’s survey also gives respondents a chance to mention other issues not on the survey. The most common comments had to do what was described as an anti-business climate in the state Legislature and governor’s office. “Mark Dayton’s tax policies and the people who elect him are penalizing S-corporations to the point where the risk of further investment in business in Minnesota is not worth it,” wrote one respondent. “Transportation is a major cost of doing business for our company, and any attempts to raise the gas tax would be extremely detrimental,” wrote another. “We need to balance the equilibrium. Too much power to bikes vs. cars, neighbors vs. business expansion, city rules and regulations vs. businesses trying to do their job,” said a third.

Twin Cities Business conducts its survey quarterly to provide a look at business planning and sentiment among leaders across all industries in Minnesota. An email link to an online survey was sent to 13,194 Minnesota business leaders in mid-March, and reminder emails were sent the following week to those who had not yet completed the survey. The Minnesota Chamber of Commerce provided some of the email addresses used in this outreach. As of March 27, 481 businesses responded, resulting in a 3.7 percent net response rate. Of those who responded, 90 percent represented privately held businesses.