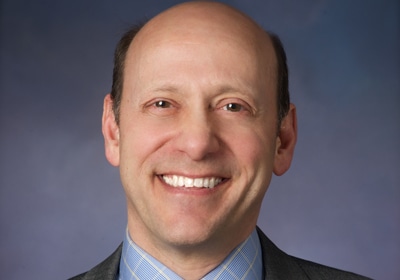 The search for CEO Sam Duncan’s replacement has resulted in yet another outsider taking the helm.
February 13, 2016

Supervalu, Minnesota’s seventh-largest company by revenue, named a successor to Sam Duncan, the company’s CEO, who plans to retire at the month’s end.

The Eden Prairie-based food retailer announced the appointment of Mark Gross on Wednesday. The parent company behind Cub Foods, Save-A-Lot and other grocers around the country said the transition begins on Friday.

In a regulatory filing with the SEC, Supervalu reported that Gross will receive a $1 million annual base salary, a $300,000 signing bonus, an annual cash bonus opportunity of up to $2 million, and a longer-term performance award of up to $6 million.

Gross, 52, has about two decades of experience in the grocery industry. For ten years he led Surry Investment Advisors, an advisory firm for grocery retailers, and before that worked various C-suite positions at grocery wholesaler C&S.

Although an outsider, Gross has some history with the food giant. In 2003, Gross worked alongside Supervalu in his role at C&S in an asset exchange agreement that essentially swapped ownership of C&S’s New England operations to Supervalu in exchange for Supervalu’s Fleming Midwest operations.

Supervalu searched for months to find Duncan’s replacement after he announced his retirement in October. Duncan, who also entered the company as an outsider, joined Supervalu in February 2013.

“I am proud of all that we have accomplished these past three years and thankful for the opportunity I’ve had to lead,” said Duncan in a statement. Until the end of the month, Duncan will continue with the company as a special advisor to facilitate a smooth transition for Gross.

In a statement, Gross said he was “thrilled” and “delighted” to take on his new role at Supervalu. “I look forward to working with our great customers and the talented group of employees,” he added, “including working with [Save-A-Lot CEO] Eric Claus as Supervalu continues to explore and prepare for a potential spin-off of Save-A-Lot.”

Claus took over Save-A-Lot in early December to specifically shepherd the Save-A-Lot spin-off or sale, which is valued at more than $1.7 billion.

Altogether, Supervalu employs more than 43,500 workers across the nation and reported 2015 revenues of $19.6 billion.