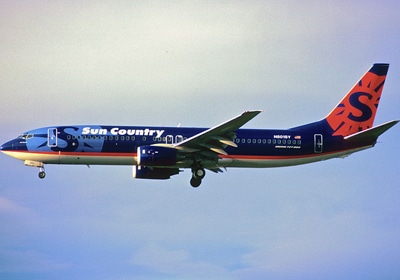 The carrier responded by saying it “supports the American political process” and that its hangar is open to candidates of any political point of view.
November 18, 2016

Sun Country Airlines is facing threats of boycott from individuals protesting Donald Trump after the company’s hanger at the Minneapolis-St. Paul International Airport was used for a political rally on Sunday afternoon.

The Mendota Heights-based carrier responded to the online backlash it has received by stating it is “firmly apolitical.”

“We welcome all candidates, from all political parties, and if we can make our facility available, we are happy to do so,” Sun Country told the Star Tribune.

A company spokesperson would not specify if the Trump campaign had paid to use the hangar, which held more than 5,000 supporters during the event.

Sun Country is owned by Cambria, a quartz countertop manufacturer from Le Sueur, which is run by the Davis family. Members of the Davis have a history of contributions to Republican Party and Republicans both in and outside the state, according to FEC filings. No records currently available show to whom—if at all—they contributed to in 2016.