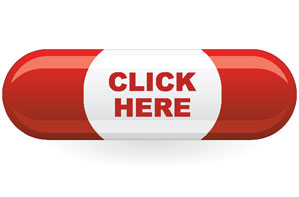 But how long can Groupon imitators and their retailer clients live on price cuts?
By TCB Staff
January 11, 2011

Seeing Groupon’s success, “everybody wants to get into the game, because it seems easy,” Kian Salehi says. Hundreds of deal-of-the-day sites operate on line now, including dozens selling discount vouchers for products and services in the Twin Cities metro. Salehi cofounded his deal business, Minneapolis-based Crowd Cut, last May, and has sold upwards of 50,000 vouchers for deals at more than 200 restaurants, salons, boutiques, and B&Bs. (A disclosure: TCB sibling Mpls.St.Paul magazine has a trial partnership with Crowd Cut.) But it’s not as easy as it looks, Salehi says. He expects the competition to thin out soon.

“There aren’t really any barriers to entry up front, as far as getting the Web site up,” he says. “That’s why I think you see so many sites exist.” But staying power depends on building relationships with merchants. It’s taken close to $1 million and a six-member sales team to establish Crowd Cut—start-ups that don’t understand that won’t get “traction,” Salehi says.

Another hurdle: The crowded field is pushing deal businesses to differentiate themselves—one new local entrant focuses on luxury goods and gives video tours of retail shops; another, the Blind Squirrel, launched in November, combines deal hunting with philanthropic donations. But Salehi says the only differentiator that matters is price.

“There’s really no loyalty,” he says. Subscribers sign up for deal services at no cost, and will “buy from any one of these sites as long as you have the best deal that day.”

That’s worrying brand marketers. Advertising Age columnist Jonathan Baskin argued in December that services like Groupon “spell disaster for businesses” by erasing the deeper value of a brand: “Is it possible that all of your consumers will bond into communities that demand discounts before they buy?” he asked. How will marketers communicate their brands’ value under a “tyranny of price?”

Salehi doesn’t say “tyranny,” but he does say the only way to stay ahead of competitors is “offering the best deals.” So he negotiates with merchants: He’ll give them 70 percent instead of 50 percent of revenues on the back end if they’ll set a lower voucher price up front. He educates them: 20 percent of the vouchers they sell and collect revenue on will never be redeemed, Salehi says, and when customers do use vouchers, they often spend more than the voucher covers. He also sweetens the deal in other ways: Crowd Cut promises to pay the retailer its full share of revenues within five days of running a deal; that looks good compared with Groupon’s installment payments over a period of 60 days.

Crowd Cut is trying to differentiate itself, too, seeking deals in new types of services—interior design, lasik eye surgery. And six new sales people are preparing to launch Crowd Cut in Atlanta in the first quarter of the new year.

Tuning In
Tasting Menus Come to the 'Hood
What Business Thinks: TMI?
Start-Up Rampant View Turns iPods Into Head Cams
See all stories by this author >