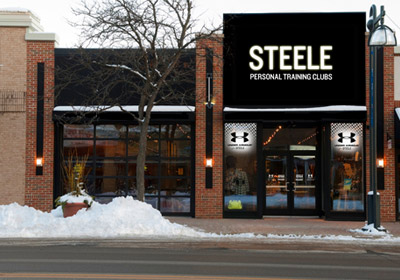 Steele Fitness is further expanding its gym membership program and plans for five to seven new gym locations by the end of the year.
June 20, 2014

Steele Fitness recently announced plans to double its footprint in the Twin Cities and is expanding its services to offer gym memberships, in addition to the personal training model that it is largely known for.

Steele Fitness, which was acquired by Chanhassen-based fitness chain Snap Fitness last year, currently operates five locations in Minnesota and expects to open between five to seven new gyms by the end of the year, bringing its total to between 10 to 12.

Nearly all of its fitness clubs will also begin offering personal memberships in the coming months as the chain further expands from an exclusively personal training service. In doing so, it will compete more directly with larger chains like Chanhassen-based Life Time Fitness and Hastings-based Anytime Fitness.

“Our clients have a higher expectation from a club experience that has been built through our highly-acclaimed and successful personal training product,” Steele Smiley, Founder and CEO of Steele Fitness, said in a statement. “The more competitive the Twin Cities fitness scene becomes, the more loyal our clients become to Steele. The personal gym memberships will set a new standard for service and convenience for gyms in this market and will provide us a platform to expand nationally.”

The new memberships for the company’s Edina and Minneapolis clubs began pre-sale last weekend at the Edina Art Fair. The memberships cost between $69 and $79 per month and Steele Fitness is waiving its $149 enrollment fee through June.

Steele Fitness began piloting its membership service at its St. Paul and Excelsior locations last November and said it has been successful thus far.

To accommodate the expected growth of members, Steele Fitness is expanding its Edina gym into 2,500 square feet of adjacent unoccupied space. It is also renovating its Minneapolis gym to upgrade its equipment and redesign the interior. Its first gym, in Wayzata, is its smallest and will not offer personal memberships.