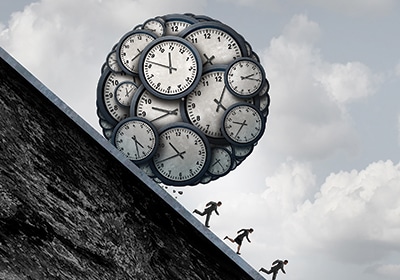 Staying Ahead Of Overtime

Minnesota employers are scrambling to get ready for a new federal overtime rule that affects white-collar workers and could boost payroll costs. The regulation, which took effect December 1, will substantially lift the salary threshold—from $23,660 to $47,476 a year—to exclude workers from eligibility for overtime pay at time and a half.

Melinda Sanders and Julie Fisk, employment lawyers for the St. Cloud-based Quinlivan & Hughes law firm, tell TCB that this change is prompting businesses to be more deliberate about job duties, timekeeping and work schedules. And the rule is causing surprising reactions from some employees. “The biggest issue is morale,” Sanders says. “From a prestige standpoint, employees like to be considered exempt [from overtime] and on salaries.”

The rule will enable more workers to earn overtime pay because the annual salary cutoff is higher. The rule is having a “sizable impact” on retail businesses, Fisk says, including employees such as store managers, assistant store managers and shift managers, who rely heavily on incentive pay. “It wasn’t that they were vastly underpaid,” Fisk explains. “It was their compensation was structured in such a way that it doesn’t count under the regulations. We have clients who are struggling to reclassify how compensation is paid, so it meets the criteria with base salary.”

Larry Bourgerie, who teaches at the University of Minnesota’s Carlson School of Management, says human resources executives joined the Obama administration in pushing for the rule because the salary threshold hadn’t been increased since 2004. “It will make some businesses behave better who maybe have taken advantage of employees,” Bourgerie says. “Either they have to pay them or reduce their workload.”

Bourgerie, who previously worked in HR for TruStone Financial and TCF Bank, says small nonprofits are seeing major effects from the new rule. The nonprofit sector has many employees committed to their organization and working long hours at relatively low pay. In some cases, he says, it may make sense to give workers small raises to ensure they are above the $47,476 cutoff so they can remain exempt from overtime.