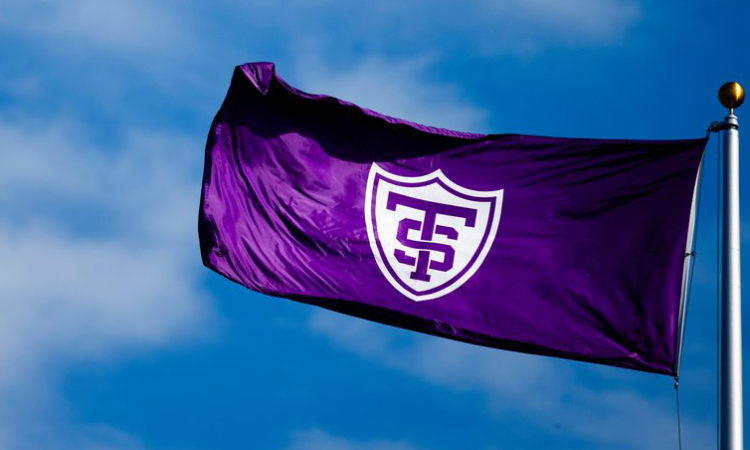 The university will remain a member through spring 2021, according to MIAC. (Image from St. Thomas Athletics' Twitter account)

University is being removed over concerns about ‘athletic competitive parity,’ MIAC says.
By Dan Niepow
May 22, 2019

The University of St. Thomas is getting axed from the Minnesota Intercollegiate Athletic Conference (MIAC).

Wednesday, MIAC announced the university will be involuntarily removed from membership in the conference over concerns about “athletic competitive parity.” Over the last five years, St. Thomas has won 50 percent of MIAC championships, said Phil Esten, the university's vice presidnt and director of athletics.

“I think that's where it probably comes from,” Esten said of concerns about parity. “I can't necessarily speculate or speak for others, but I can say, from my understanding, that's what I believe to be true.”

Those concerns have been swirling for the last couple years, but they “escalated” in the last few months, Esten said.

“It became clear to us that this outcome was inevitable, but it's certainly not for lack of strong effort in trying to stabilize our membership,” he said. “It's a sad day. We're disappointed with the outcome.”

St. Thomas was one of seven founding members of MIAC in 1920.

The university will be eligible to compete as a member of the 13-school conference through the end of spring 2021, according to a statement issued by the conference. St. Thomas will leave the conference “in good standing,” MIAC officials said.

Esten sat down with coaches and staff Wednesday to break the news.

“Today is a difficult day for our community,” Sullivan said. “St. Thomas expended tremendous effort to remain in the MIAC and stabilize the conference. However, the presidents came to a consensus that the conference itself would cease to exist in its current form if St. Thomas remained.”

St. Thomas leaders now will begin a “deliberative process to explore other options,” Sullivan said. When asked about other potential conferences the university could join, Esten said it was too early to speculate.

Sullivan said the university will maintain its “commitment to continued academic and athletic excellence.”

“I look at this more as the first day of what's next than the last day of MIAC,” Esten added. “I think we're all excited now to shift and move forward.”