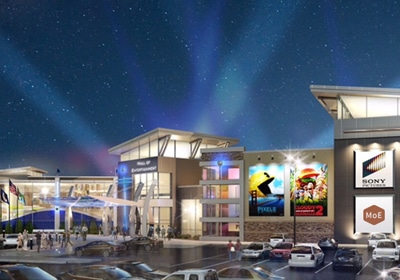 Through a collaboration with Sony Pictures Entertainment, a Minnesota development group announced plans on Tuesday to build a “Mall of Entertainment” in Albertville that will feature activities and experiences inspired by Sony-owned movie franchises such as “Men in Black” and “Madagascar.”

Albertville mayor Jillian Hendrickson and Governor Dayton both support the project, which is expected to cost $115 million and create 2,000 jobs in Minnesota.

iP2 Entertainment, a Los Angeles-based media company, will team with Black Forest LLC to construct the facility. Although investors for the project were not named, Black Forest partners—composed of Elk River-based real estate manager Casey Darkenwald; Robert Kelly, senior vice president of construction at Roy Anderson Group; and Kevin Hanson, founder of International Creative Capital—said all financing has been secured.

“There are not many entertainment offerings in the area that can be experienced year-round,” iP2 Entertainment CEO Roger Houben told the Star Tribune. “We believe the combination…will make it the perfect staycation for residents.”

The site of the project will be 35 minutes away from the Mall of America, according to the project’s website. It hopes to attract traffic from the Albertville Premium Outlet malls, which bring in over 5 million annual visitors.