How much should we trust the monthly unemployment reports?
July 08, 2012 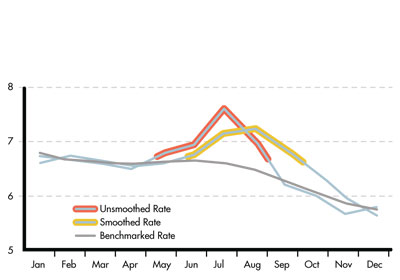 When the Minnesota Department of Employment and Economic Development (DEED) released its April numbers in mid-May, the unemployment rate dropped 0.2 percent from the month before, to 5.6 percent. At the same time, DEED noted that Minnesota employers eliminated 3,100 jobs.

DEED gets its numbers from the federal Bureau of Labor Statistics. Each month, the BLS polls 60,000 households across the country, including about 1,700 in Minnesota. Steve Hine, the research director of DEED’s Labor Market Information Office, notes that the BLS survey typically has a great deal of “volatility”—inexplicable jumps or drops in the unemployment rate—because the sample size is insufficient, so “you have a greater chance of getting an unrepresentative group answering the question.” (Each month’s survey is a mix of new respondents and respondents from the previous month.)

So the feds do what Hine, a statistician as well as an economist, calls “smoothing” the data. “What we end up with is an estimate of the longer-term trends,” Hine says. Over a few months, the unemployment figures “translate into something you can really take to the bank. But on a month-to-month basis, I try to de-emphasize the significance of a small change.”

The smoothing helps explain the April anomaly and a larger one last November. “We don’t have the luxury of a sample size that gives us anything near a precise count of the number of unemployed,” Hine says. A larger sample would cost money that neither the feds nor the state have. Notes Hine: “We survey more people about TV watching than we do about employment.”