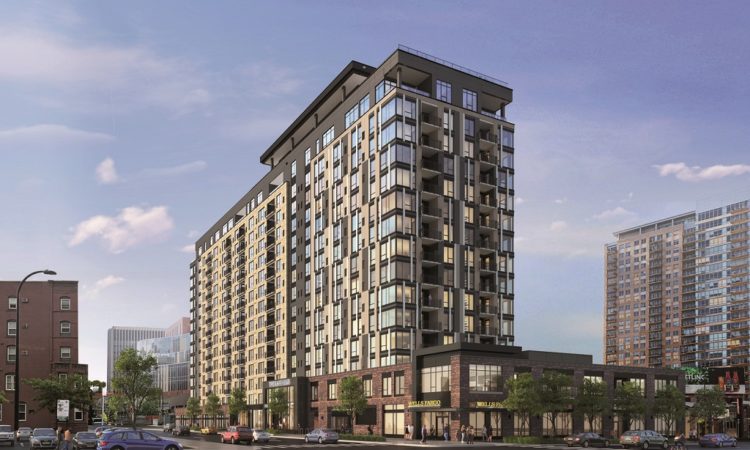 A rendering of The Larking. Kraus-Anderson

Kraus-Anderson’s The Larking is ready for move in.

The firm wrapped up construction of the $100 million multi-use development on Friday, with its first residents starting the move-in process the following day.

Located in the Minneapolis East Town district of downtown, the 16-story residential tower features 341 market-rate apartments, as well as seven penthouses. The development also includes three levels of underground parking and an additional 9,100 square feet of street retail space. The property is anchored by a Wells Fargo branch. The Larking won’t include any affordable housing units.

Housing remains in tight supply across the Twin Cities metro, while the population in downtown Minneapolis has picked up in recent years. Kraus-Anderson leaders hope the new tower will continue to draw more people downtown.

“We feel The Larking will enhance downtown by bringing new neighbors and commercial offerings to the Elliot Park neighborhood and adding vibrancy to the overall downtown community,” said Erica Arne, director of development for Kraus-Anderson.

The Larking is the sixth Twin Cities multi-housing project from Kraus-Anderson in the past ten years, but one of two downtown developments.

Its HQ Apartments, built in 2018, is a 17-story residential building in the Elliot Park neighborhood. This mixed-used development includes a 306-unit apartment, a 165-room hotel, Finnegan’s Brewery Co., and Kraus-Anderson’s corporate headquarters.