Shutdown’s Over, But Where Is MN’s Employment Data? 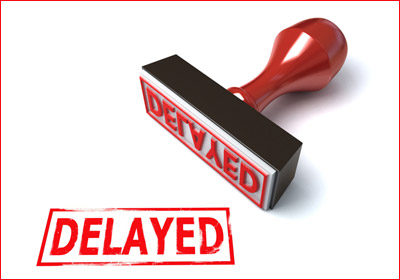 On the third Thursday of each month, Twin Cities Business participates in a conference call with officials from the Minnesota Department of Employment and Economic Development (DEED), in order to report on the closely watched state unemployment data.

Last month, for example, we learned that Minnesota employers added 12,200 jobs in August—pushing the state’s total job tally over the pre-recessionary peak that was reached in February 2008.

This month, however, the gridlock in Washington put the release of Minnesota’s September jobs report in jeopardy.

DEED last week notified members of the media that it would be “unable to release September employment and unemployment data” on schedule, due to the shutdown. The agency said at the time that a release date would be solidified once Washington was back in business and the U.S. Department of Labor’s Bureau of Labor Statistics provided the necessary data for compiling the state-level report.

However, on Thursday, the morning after the shutdown ended, DEED spokeswoman Madeline Koch told Twin Cities Business that, had the impasse lasted much longer, there may have been a permanent month-long gap in Minnesota’s unemployment data. But because the federal government reopened this week, Minnesota will be able to eventually release September employment statistics.

DEED is “still in our assessment phase,” Koch said, adding that an official release date for September data has not been solidified. She estimates the information will be made public in the next few weeks.

A national report suggested that Minnesota was among the states least-affected by the shutdown. Koch said that DEED was able to provide unemployment insurance and other services throughout the 16-day shutdown, and apart from the delay in jobs data, her agency was “largely unaffected.”

That said, the closed government put many federal employees out of work. Others groups hit by the shutdown included Minnesota’s American Indians and small-business owners that have been unable to garner loans from the U.S. Small Business Administration.

Overall, economists have estimated that the cost of Congress’ gridlock has already run well into the billions, although a complete accounting will take months, according to a New York Times report.