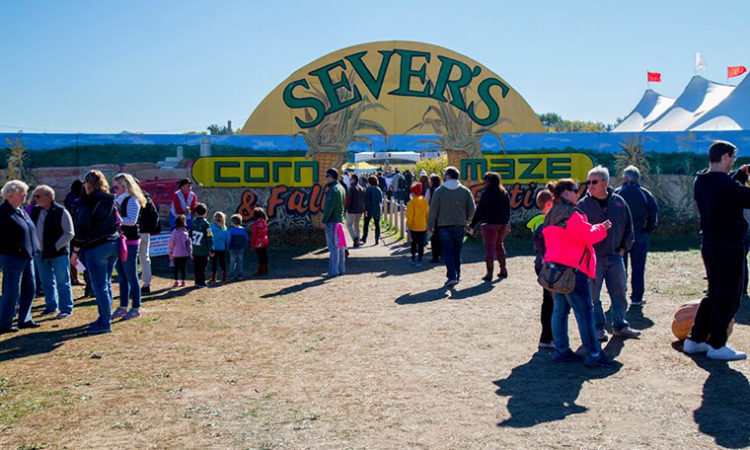 The family operating the fest announced that it's purchased new land in Shakopee.
By Dan Niepow
July 17, 2019

The Peterson family – which operates the festival – on Wednesday announced that it has purchased land at 3121 150th Street West in Shakopee. Located near Highway 169, the new site will serve as the festival’s permanent home. The festival is known for its corn maze, which the family says is the first in the Midwest.

The Petersons previously operated the festival on rented land in Canterbury Park. In a joint statement, the family and Canterbury Park said they “maintain a shared interest in each other and the collective goal to provide quality entertainment experiences for Minnesotans.”

“Canterbury organizers are excited about Sever’s new home and supportive of the festival’s additional offerings,” the statement reads. “The two organizations look forward to supporting each other and maintaining their true and long-standing commitment to the city of Shakopee and all guests.”

The new site is three times the size of the old one, according to the family. Nicola Peterson says the family is “excited to call this our forever home and to maximize the space.”

The festival’s prior location in Canterbury Park will be developed into a mixed-use development known as Canterbury Commons.

The Petersons have unveiled a few other changes to the festival, too. This year, the family will run the festival for an extra weekend. The festival is slated to run from Sept. 13 through Nov. 3. In addition, there will be expanded activities this fall, along with a new holiday light show, which will begin after Thanksgiving and run through January.

The family also plans to introduce a new winter festival, which will feature ice skating and a luge.

Over the next few years, the family plans to use the site as an events space for groups and weddings.

The Petersons opened their corn maze in 1997.

The family has discussed relocation plans for at least a year now. In September, Nicola Peterson told Southwest News Media that the festival has “definitely, in a good way, outgrown the space.”

“Shakopee itself and Scott County as a whole is just so entertainment based,” she told the news group. “It feels like such a good home for us, we wanted to make sure we stayed in that (Highway) 169 alley.”