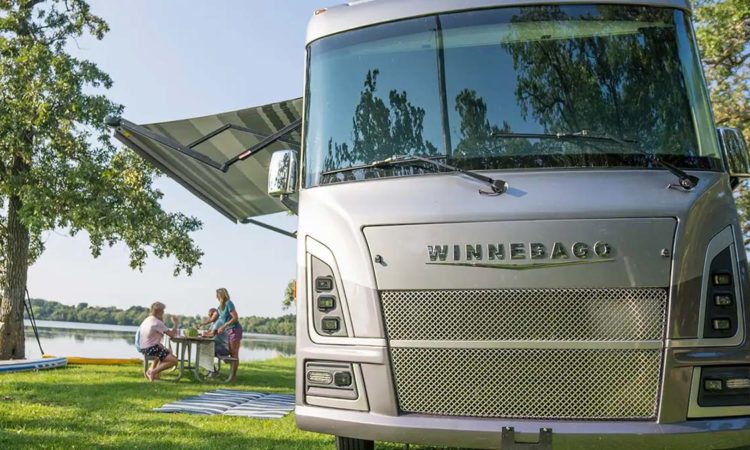 The formerly Iowa-based company has had an executive office in Minnesota since 2016.
By Dan Niepow
January 05, 2022

Minnesota is now home to yet another publicly traded company.

On Jan. 1, RV maker Winnebago Industries Inc. officially reincorporated as a Minnesota company, according to a filing with the U.S. Securities and Exchange Commission on that date. Shareholders approved the move at their Dec. 14 annual meeting. Founded in 1958, the company had been previously incorporated in Iowa.

Winnebago Industries had already telegraphed plans to move its headquarters to Minnesota months ago. But, according to the Jan. 1 SEC filing, the reincorporation is separate from the HQ move:

“The Reincorporation did not result in any change in headquarters, business, jobs, management, location of any of the company’s offices or facilities, number of employees, assets, liabilities or net worth … of the company, although the company separately announced that it was moving its headquarters and principal executive offices from Iowa to Minnesota effective December 1, 2021.”

Winnebago Industries is no stranger to the North Star State; the company has had an executive office in Minnesota since 2016, when former Toro Co. exec Mike Happe signed on as president and CEO. In August 2021, when the company announced plans to move its HQ to Eden Prairie, Happe said the company’s Twin Cities location “has been and will continue to be an effective resource for executing our vision as a premier outdoor recreation enterprise, as it supports the growth of all of our strong brands.”

The company’s primary manufacturing operations will remain in Iowa. Its 60-acre plant in Forest City, Iowa, has been billed as “the largest motorhome manufacturing facility in the world.” The manufacturer’s footprint has expanded to locations in Florida and Indiana, as well.

Though Winnebago Industries is reincorporating in Minnesota, it will still be publicly traded on the New York Stock Exchange under the ticker “WGO.” The company has been traded on that exchange since 1970.

Winnebago Industries is actually the parent company of six different outdoor recreation brands, including its legacy Winnebago RV business. The company also owns boat brand Chris-Craft and luxury RV brand Newmar. The company’s reincorporation “provides a geographic delineation between the Winnebago Industries Enterprise brand and function and our legacy Winnebago brand business to better serve our overall premium brand portfolio,” a spokesman said in an email. The parent company employs 120 in Minnesota and 2,100 in Iowa.

Over the summer, the company acquired Barletta Pontoon Boats to expand its presence in the marine market. Winnebago first dipped into the marine industry in 2018 with the acquisition of Chris-Craft.

The company is publicly traded, but it hasn’t quite cracked the Fortune 500 list, an annual ranking of publicly traded companies by revenue. According to Fortune magazine’s most recent list, Winnebago Industries came in at 877th place.