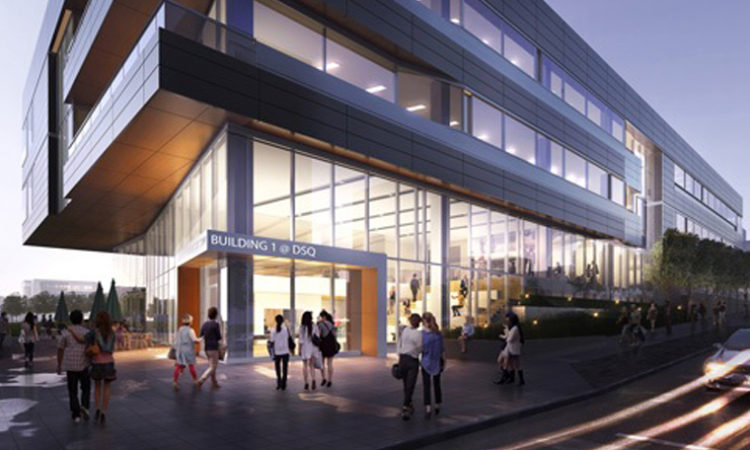 The city council, acting as the Rochester Economic Development Authority at an Aug. 7 meeting, unanimously approved the TIF plan for the 89,000-square-foot, four-story “DS-1” building, which is envisioned as the first phase of a 2-million-square-foot buildout of the city’s Discovery Square district just south of downtown.

Mortenson development executive Jeremy Jacobs told the city panel the TIF approval was a significant moment for the city and the Destination Medical Center effort, a Mayo Clinic-led plan to transform Rochester into an international hub for health care and biotechnology.

“We are thrilled to be the developer of this project,” Jacobs said. “To get this far, it has taken a village, and it will continue to take a village. A project of this size doesn’t happen without great teammates.”

With the TIF approval, Mortenson is committed to breaking ground on the $35 million building in the fourth quarter of this year, “and 16 months later,” Jacobs added, “we will welcome our first tenant and celebrate the burgeoning economy in downtown Rochester.”

The subsidy came in the form of a “pay-as-you-go” TIF note, under which Mortenson, as the owner/developer of the new building, receives no upfront cash from the city. Instead, it will see the increased property taxes it would normally have to pay with the improved property “captured” by the city and reimbursed to it up to a total of $4.9 million, with the city charging a 4.75 percent interest rate.

Under the terms of the deal, building construction is to begin no later than Feb. 1, 2018, and to be substantially completed by June 30, 2019.

The goal of Discovery Square is to place Mayo Clinic researchers into close collaboration with biotech and medtech companies seeking to commercialize their innovations, thus hopefully establishing Rochester as one of the country’s premier bio-business clusters while also getting new devices and therapies out to patients sooner.

Mayo announced it will be the lead tenant in the DS-1 building, leasing 30,000 square feet. The space will house researchers from its regenerative medicine and individualized medicine/genomics programs, as well as a new biotech business incubator.

Another new tenant was revealed in July: the University of Minnesota-Rochester. In documents provided to the city, UMR Chancellor Stephen Lehmkuhle said the school planned to “enter into a lease for space” within the DS-1 building to establish “a home for collaborative research, higher education and entrepreneurs.”

UMR’s goal with lease is to “create spaces for our students and faculty to learn, teach, interact, and participate with others within the space. We believe that these organically occurring interactions and those purposeful connections will be of great value to all tenants in this building.”

The school aims to build at least one chemistry lab (and perhaps another in the future), two “learn labs” for group instruction and additional open instruction space under its DS-1 lease.

Lehmkuhle said the University of Minnesota’s finance office had earmarked $1.5 million to back the lease, and the city of Rochester in July agreed to kick in another $1.5 million from its sales tax fund.