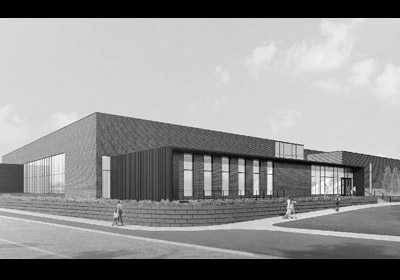 RJM Construction is seeing an uptick in city projects.
April 11, 2014

Paul Kolias, project executive with RJM, said that the firm has seen a recent uptick in municipal projects and that the company is currently seeing more local cities issuing requests for proposals (RFPs) for projects.

“We have a fair amount of work in this market sector right now,” Kolias said of the city projects. RJM typically serves as construction manager for the municipal projects.

The new projects include:

• A proposed Aquatics Center addition and renovation project in Eden Prairie. The project has a current budget of $19.4 million. RJM is the construction manager; Minneapolis-based HGA is the project architect. The project includes 46,690 square feet of new construction.

• RJM will provide construction management services for an addition onto the city-owned Plymouth Ice Arena. For this project, RJM is part of a design-build partnership with Minneapolis-based 292 Design Group.

• In Edina, RJM has two separate projects: the construction of a new Edina Sports Dome and renovations at the 62-acre Pamela Park. The combined budget for the two Edina projects is $13.8 million.