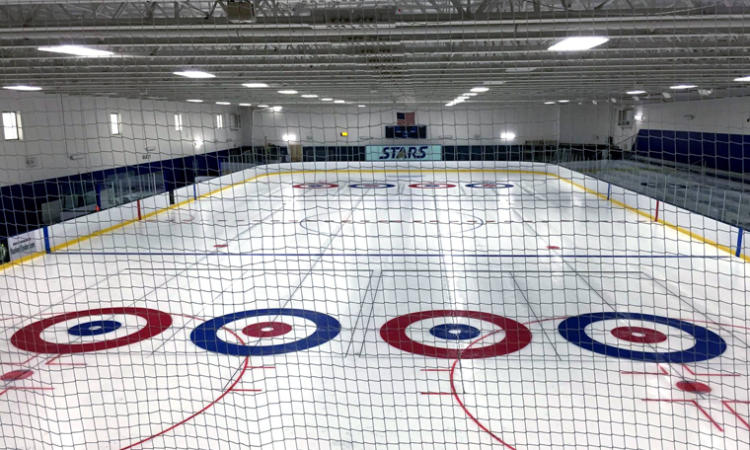 One of Minnesota’s favorite winter sports is expanding its presence in the state this summer.

The Richfield Rocks Curling Club is set to officially launch this weekend at the Richfield Ice Arena with an offering of basic lessons, an instructional league, an open league and a kids camp.

Club founder Lisa DeMore Rudolph said it marks the area’s sixth curling club, boosting the Twin Cities’ growing status as a U.S. curling hotspot – with more clubs than any other region and the St. Paul club being the biggest in the country.

“Every club is filling up, so there’s still demand for curling,” said Rudolph. “It seems like we would be at that saturation point but they keep finding more curlers. And that’s great to see.”

Richfield Rocks’ launch was aided by 2018 being a Winter Olympics year, which always inspires a spike in American interest in curling. Rudolph’s efforts got an additional unexpected boost when the U.S. Men’s team – of which four out of five were Minnesotan – took home the Olympic gold in February for the first time in the country’s history.

“Before the men won their gold, I think a lot of people knew what curling was – or they knew of it – but now, especially in this area, everybody knows what curling is after that gold medal run and all that publicity,” said Rudolph. “It gave us a good platform to begin promoting our club.”

Rudolph herself loved watching curling growing up and finally tried it herself about four years ago. When she set out to play, she found it difficult because all the clubs were booked full. She began pressing the Richfield Ice Arena facilities manager Kris Weiby, and he finally agreed to grant ice time this summer.

Rudolph took the yes and ran with it, calling the United States Curling Association to learn how to start a club. They offered guidance and granted an equipment loan of 48 rocks – the circular slabs players slide toward the target spot – as well as brooms, sliders and grippers (special footwear), and hacks (the footholds where stone throwers push off).

Rudolph landed another key partner in former Olympic curler Jess Schultz. Schultz saw a Facebook post from Rudolph about her efforts to start the club and messaged her with interest in getting involved. Schultz has since helped throughout the process and will be on hand as one of the instructors at the first “Learn to Curl” lesson on June 15. Other local curlers will also serve as instructors.

“The support from the curling community here has been phenomenal,” said Rudolph. “I was a little concerned going in that the other clubs wouldn’t like the appearance of another club… but there’s been none of that. They were all very welcoming and helpful.”

Rudolph admitted curling is still not as visible as it could be, with the curling community across the country, based on association members, at 20,000 people. By comparison, bowling association the Detroit Metro Bowling Congress has twice as many members.

But Rudolph noted the Twin Cities is a fitting area to help foster the growth of curling.

“I think part of it is just our climate. It’s a great thing to do in the winter. Once I started curling, winters became a whole lot more bearable because it gave me something to do to pass the time,” she said. “Even if it’s too cold out to go outside and ski, you can always go inside and curl.”

She said curling itself should appeal to people for its combination of physical and mental aspects and the fact that it is easy to learn but always offers up a challenge.

“You can always get better and every game has its own challenges, so it’s always a little different,” she said.

Rudolph believes the social aspect is huge, too, as the game is set up to be very polite and includes a custom where competing teams share a drink after a match, with winners buying the first round.

Even if the community is small, Rudolph noted it extends across the U.S, with a club in just about every state.

“It’s spreading throughout the country but it’s a process,” said Rudolph. “Without these loans from the USCA, it’s very expensive to start a club… the equipment you need is very expensive, so that can be a barrier for a new club trying to get off the ground.”

Rudolph said the Richfield Club has to pay for ice time and will have to fund its own equipment come fall, which it’s already saving up and shopping for. She said they’ll be able to afford it if they can at least get just less than half of the 32 total players the rink has the capacity for – four lanes, with two teams to a lane. 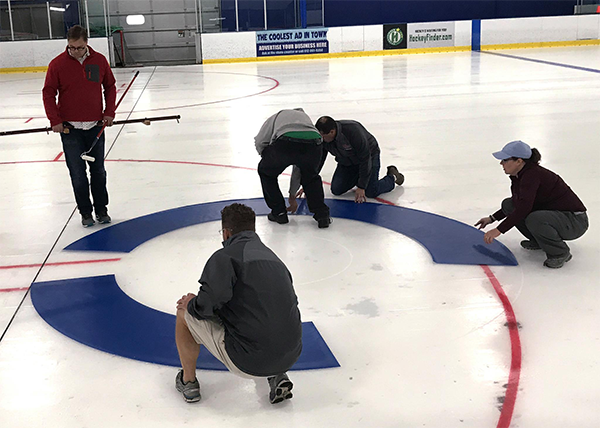 She hopes one day they’ll even have an arena solely for curling, but for now she’s excited about getting the club going in Richfield.

“I’m happy to be in the Richfield Arena, providing another use for this arena, another focal point for Richfield,” said Rudolph, “and just grow [the club] that way, put the focus on introduction and instruction.”

The club’s grand opening is June 8, with the instructional league debuting Sunday and the “Learn to Curl” sessions following next weekend.