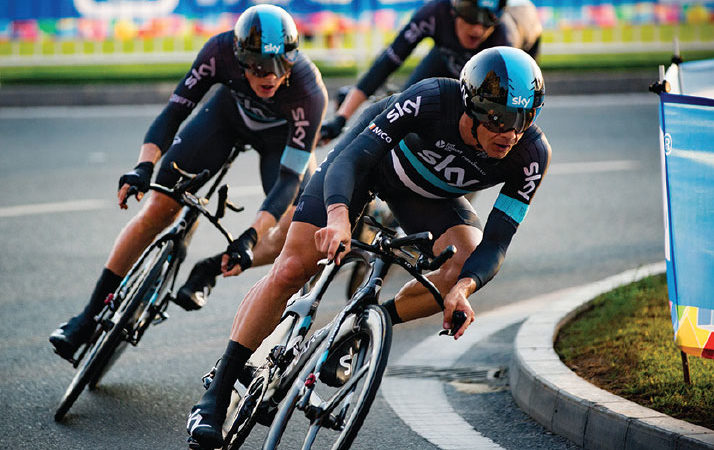 Riches in the Niches of the Wake

A “wake” is the low-pressure region immediately behind a solid moving body. It makes it easier for followers to move forward with a lot less energy. You can see wakes in a flock of geese flying in a V-shape pattern; one goose is front and center, leading all the others. Bicyclists riding behind others in a high-speed race conserve energy with the same strategy, as does a car using the slipstream created by the lead car in motor racing.

In cycling the bicyclist riding behind conserves energy, especially at higher speeds. In Motor Racing, along a long straight stretch, a car following close behind another uses the slipstream created by the lead car to close the gap between them.

Established businesses, as they plow through a large industry, leave many smaller niches unserved in their wake. This provides lucrative opportunities for an observant entrepreneur—with market knowledge but fewer resources—to serve and dominate. It is akin to having created a business with no competition.

Providing electrical power is big business and one of the most basic needs. The challenge is to move away from an almost complete reliance upon fossil fuels. Several opportunities to generate renewable energy have opened up. Since sunlight is a perpetual resource, solar power is a leading renewable.

Solar power is generated by photovoltaic conversion, where electricity is converted directly using solar cells or by concentrating the solar energy to generate heat that is stored and then, on demand, drives a steam turbine to generate electricity. Hurdles include availability when the sun is not shining, economical storage and generation at a competitive price.

One promising approach to storing heat is to melt and then freeze (phase change) an inorganic mixture of salts. Researchers tried to do this for over 40 years, but because inorganic salts expand when they melt and need a large area for effective heat transfer, they did not succeed. The U.S. Department of Energy set up a challenge to solve this very problem.

Terrafore Technologies of Minneapolis, founded by Anoop Mathur, chronicles one journey of riding the wake in a large established sector of the economy. Mathur has over 35 years of industrial experience, developing and directing advanced technologies at Honeywell with a team of over 80 technologists in the U.S., India, China and Romania. With over 25 patents and several awards, including Honeywell’s highest award for technology and business excellence, he had managed large programs for government agencies and Fortune 500s. He was well-versed in current and emerging technologies.

He spent five years doing research utilizing expertise and facilities at top-tier institutions such as Southwest Research Institute, Jet Propulsion Lab, Rocketdyne and the University of California, and received a $2.5 million grant from the DOE to make a major technology breakthrough.

The longstanding limitation of inorganic salt expansion was overcome by ingenious 10mm or 15mm capsules with open space inside. The open space allows the salt to expand and provides a large area for heat transfer. Efficient heat transfer requires very high temperatures. These capsules work at up to 850 degrees Celsius.

Creating the open space within the capsule is an innovative chemical process for which the company has filed three patents. The challenge now moves to making the capsules in large quantities and building a scaled pilot. Argonne National Lab and National Renewable Energy Labs are testing Terrafore’s capsules for reliability and performance with money from the DOE. There is interest from the likes of Grumman and Jet Propulsion Lab.

These capsules have enabled a 33 percent cost reduction compared with other storage practices, and make it economically feasible to run small-scale power systems with mini-towers or a solar dish. The capsules are light, can potentially be factory-installed in the mini-tower and with very little site work. They can also capture thermal energy waste at existing utilities and other industrial plants.

Since other phase-change approaches failed competitive tests, Terrafore has become the go-to for this niche. Mathur believes they are within reach of the goal of making these systems price-competitive.

Jeff Bezos said that the important question is, “‘What’s not going to change in the next 10 years?’ . . .because you can build a business strategy around the things that are stable in time.” A high-probability route to success is finding a niche in the wake of existing industries that are satisfying the most basic human needs.

Rajiv Tandon is founder and executive director of the Institute for Innovators and Entrepreneurs and an advocate for the future of entrepreneurship in Minnesota. He can be reached at rajiv@mn-iie.org.