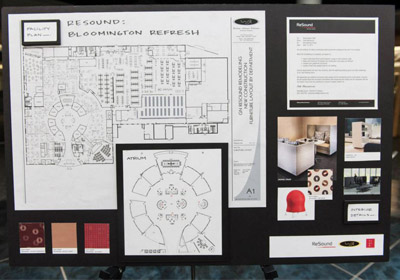 Hearing aids provider ReSound announced Wednesday that it is investing $2.5 million to expand its Bloomington headquarters, where it plans to add 60 new jobs.

ReSound is a subsidiary of GN Great Nordic, which is based in Denmark and comprises communication and technology companies.

ReSound said that its U.S. revenue has grown 49 percent in the last three years, with average annual growth exceeding 15 percent in each of those years. To make room for future growth and incoming employees, it began a multimillion-dollar renovation in May.

The headquarters currently houses 400 of ReSound’s 459-member work force. The expansion project is expected to be complete by September.

“ReSound is growing faster than the hearing industry in general.” President Kim Herman said in a statement. “We continue to produce smaller, more cosmetically appealing hearing devices packed with new features that allow people to enjoy a better quality of life.”

The 122,000-square-foot facility is being renovated to “update offices, create a state-of-the-art training facility, improve work flow in production, and develop a more efficient layout in distribution and the warehouse,” according to company spokeswoman Karen Sams.

ReSound is currently seeking prospects for 60 open positions in its production department, and it has already begun interviewing candidates.