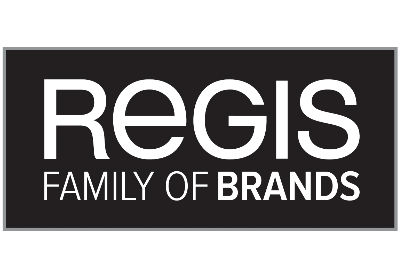 Daniel Hanrahan will join Regis on August 6; the hair salon chain has been without a permanent leader since February.
July 22, 2012

Regis Corporation said Wednesday that it has selected a new president and CEO—Daniel Hanrahan, the former CEO and president of Celebrity Cruises, a division of Royal Caribbean Cruises.

Hanrahan, 54, will join Edina-based Regis on August 6, at which time he will also join the hair salon chain’s board of directors.

Regis has been without a permanent leader since Paul Finkelstein stepped down as CEO in February. Then-President Randy Pearce was set to succeed Finkelstein upon his departure but announced in January that he planned to leave the company instead. His last day was June 30.

In a company-issued news release, Regis Chairman Joel Conner called Hanrahan a “proven, results-oriented leader” and touted his “operational background and extensive experience across a wide spectrum of consumer-facing brands.” Regis also said that he “reinvigorated the customer experience and culture at Celebrity Cruises while overseeing the development and implementation of the company’s growth strategy.”

Hanrahan led Celebrity Cruises since 2005. Prior to that, from 1999 to 2005, he was senior vice president of marketing and sales for Royal Caribbean International. Hanrahan also spent two years at Polaroid Corporation; nine years at Reebok International, where he developed Reebok’s sports marketing strategies; and four years at Nestle Foods Corporation, where he managed the development of the marketing, sales, and promotion strategy for the company’s northeast region.

In a prepared statement, Hanrahan said that he is “pleased to be joining Regis during this exciting time in its history . . .”

The proxy battle occurred after Regis outlined a planned $40 million to $50 million expense reduction over the next two fiscal years—but Starboard said the plans were insufficient and fought for control on the board.

Regis has struggled and trimmed expenses in recent years as consumers have reduced the frequency of their salon visits amid the recession. Its net income dropped more than 79 percent in the fiscal year that ended in June 2011, and it reported a net loss totaling $8.9 million. Revenue, meanwhile, fell about 1.4 percent to $2.32 billion during the period—an improvement from a 3 percent drop the previous year.

Regis has both corporate and franchised locations that operate under concepts including Supercuts, Sassoon Salon, MasterCuts, Cost Cutters, and Hair Club for Men and Women, in addition to its namesake salons.