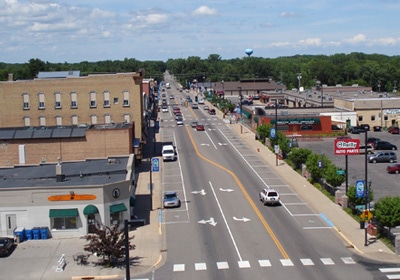 Princeton hopes that an entrepreneurial contest will attract new businesses and strengthen its downtown economy.
October 26, 2012

In an effort to revitalize its downtown, a small Minnesota city is offering incentive packages worth nearly $20,000 each to up to three businesses, which are expected to open in the city by September 2013.

The City of Princeton—in conjunction with the Princeton Area Chamber of Commerce and several area businesses—recently launched the “It Starts Here Challenge,” which aims to strengthen the city’s downtown economy, fill vacant real estate, and diversify the mix of businesses in the area.

The city is currently seeking one-page business concept pitches (which must include a $25 application fee) from interested entrepreneurs. To be eligible for the competition, applications must be for a new business, a second or third satellite location from an existing business in another town, or a “significant expansion of a current downtown business that includes an additional business concept.” Applications are being accepted through November 30.

The finalists will present their business plans to the judging committee, which will announce up to three grand-prize winners on March 8.

Winning entrepreneurs, who must open their businesses in downtown Princeton by September, will each receive award packages worth up to $20,000, depending on where they choose to set up shop. Two property owners have agreed to offer reduced rents in exchange for the signing of a three- to five-year lease, and the value is dependent on lease negotiations.

The City of Princeton, meanwhile, will provide a $10,000 forgivable loan to each winner. The city will reach an agreement with the winners on conditions pertaining to employment, participation in economic development programs, and a stipulation that requires the businesses to remain in operation for at least several years. If the conditions are met, the loans will be forgiven.

For a detailed description of the competition and its rules, click here.

Princeton is located about 50 miles north of Minneapolis and has a population of 4,698. The city’s Community Development Director Carie Fuhrman told Twin Cities Business on Tuesday that the recession has left vacancies in the city’s downtown, and the opening of a Walmart on the west side of town also spurred the city and local businesses to look for ways to boost downtown vitality.

Princeton modeled its competition after a similar effort by a city in Maine. Fuhrman said that the judging committee is “open to anything,” but it hopes to attract businesses that “complement what we have downtown” and “are unique and will drive tourism downtown.”

Winners in the Maine competition included a vegetarian restaurant and a coffee shop that converts to a brewery taproom in the evenings, Fuhrman said.

Princeton isn’t the only Minnesota city to use an entrepreneurial contest to attract new businesses. For example, last year, the Greater Downtown Council of Duluth launched “Go Downtown, Grow Downtown,” a contest aimed at attracting retailers to the city’s downtown core by giving winners free rent for a year, along with a long list of other perks.

The winners included Dan Neff of Lake Superior Art Glass, who planned to open a storefront with glass blowing demonstrations, a gallery, classes, supplies, and studio rental; Kelly Letko, who planned to launch a baby boutique called All About Baby; and Wendy Myers, who planned to bring a new women’s clothing franchise to downtown Duluth.

Meanwhile, the southwestern Minnesota city of Mankato is booming and may serve as a model for others. For an in-depth look at Mankato’s economy, read this story from the October issue of Twin Cities Business.