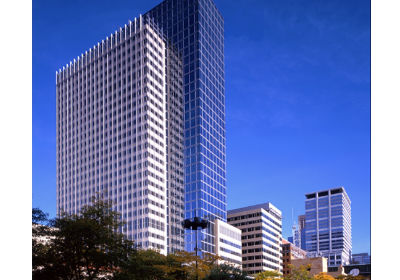 However, same-store sales were strongest in the food and health and beauty categories, and company CEO Gregg Steinhafel said consumers are shopping “with discipline in the face of a slow economic recovery” and new pressures like payroll tax increases.
February 17, 2013

Same-store sales, or sales at stores open for at least a year, are a key barometer of retail performance. Analysts polled by Thomson Reuters had expected a more modest 1.7 percent jump for the four-week period that ended January 26.

Meanwhile, Target’s net retail sales for the five-week period that ended February 2 increased 29.6 percent to $5.97 billion (although the comparable period in 2012 was just four weeks long).

“January comparable-store sales were in line with our expectations as guests responded to clearance prices on holiday inventory,” Target Chairman, President, and CEO Gregg Steinhafel said in a statement.

In a monthly sales recording, Target said that January same-store sales were strongest in food and health and beauty, both of which experienced a “mid-single digit” increase. Meanwhile, sales of home items increased in the “low single digits,” and apparel and durable goods, like appliances and electronics, experienced a “slight” decline.

The fact that staple items are the major sales drivers suggests that consumers are still being cautious in their spending—and Steinhafel echoed that sentiment.

“Our guests continue to shop with discipline in the face of a slow economic recovery and new pressures, including recent payroll tax increases,” he said in a statement.

January’s same-store sales increase follows a disappointing December, when sales at stores open for at least a year were flat and fell short of the company’s expectations and Wall Street estimates.

Target had launched several new efforts in an attempt to position itself for strong sales during the holidays. Those efforts included debuting a “holiday price match” program through which it matched prices with online competitors—and partnering with luxury retailer Neiman Marcus to offer a limited holiday collection that debuted on December 1.

But demand for the collection was weak and shelves remained well-stocked three weeks after the launch, prompting Target to cut prices in half in the days leading up to Christmas. Items in the collection were later marked down 70 percent in a clearance sale that began in Target stores and online on New Year’s Day.

On news of the January sales results, Target shares were trading down about 0.6 percent at $62.33 mid-day Thursday.

Target is Minnesota’s second-largest public company based on revenue, which totaled $68.5 billion in its fiscal year that ended in January 2012; the retailer hasn’t yet released financial results for the fiscal year that ended Saturday. It operates 1,778 stores across the United States and plans to open 124 stores across Canada beginning in March. The retailer said in September that it plans to stop reporting monthly sales results in its 2013 fiscal year.