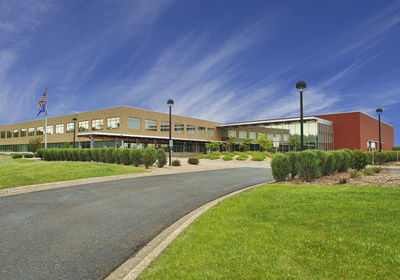 Polaris is expected to pay about half of the $21 million in damages that were awarded to a woman who was injured in an accident while riding one of Polaris’ watercraft.
August 08, 2013

Polaris Industries, Inc., recently announced that a Los Angeles County jury awarded roughly $21 million in damages to a woman that sued the company, and Polaris expects to be liable for about half of those damages.

The woman sued Polaris after she sustained injuries from a collision with a boat on the Colorado River in 2008, the company said. She was a passenger on a 2001 Polaris Virage personal watercraft when the crash occurred.

Polaris is a Medina-based maker of all-terrain vehicles, snowmobiles, motorcycles, and other vehicles. It exited the marine products business in 2004.

The plaintiff, Fabiola Esparza, was 15 years old when she suffered a permanent brain injury during the accident, according to a report by the San Gabriel Valley Tribune. Esparza’s attorneys had reportedly argued that a Polaris manufacturing defect contributed to the accident.

According to Polaris, the jury found that multiple factors played into the accident, including negligence on the part of the boat driver, “reckless behavior” of the person driving Polaris’ watercraft, and the “design of the Virage.” The driver of the other boat pleaded guilty to three felony counts of driving under the influence of alcohol and causing injury, Polaris said.

Polaris said it sympathizes with the plaintiff but disagrees with the ruling, contending that Virage was a safe vessel and the collision stemmed from “too much speed, too much alcohol, and reckless driving.”

A Polaris spokesman told Twin Cities Business that the company expects to pay up to roughly $11 million of the total $21 million awarded to the plaintiff. Polaris does not know the exact amount it will pay because an official judgment hasn’t been entered in the case, he said.

The remainder of the damages will reportedly be paid by the driver of the boat and the person driving the Polaris-built watercraft when the crash occurred.

As a result of the case, Polaris expects to record a loss from discontinued operations of up to $4 million, or $0.06 per share, during its third quarter.

When announcing its second-quarter results, Polaris raised its full-year earnings outlook to be in the range of $5.20 to $5.30 per share. The damages Polaris will pay in the California case will not cause it to alter that guidance, the company said.

Polaris is among Minnesota’s 20 largest public companies based on its revenue, which totaled $3.2 billion in 2012.

Twin Cities Business’ May cover story offered an in-depth look at Polaris, including its latest growth and its plans to expand in new markets. Read the full story here.