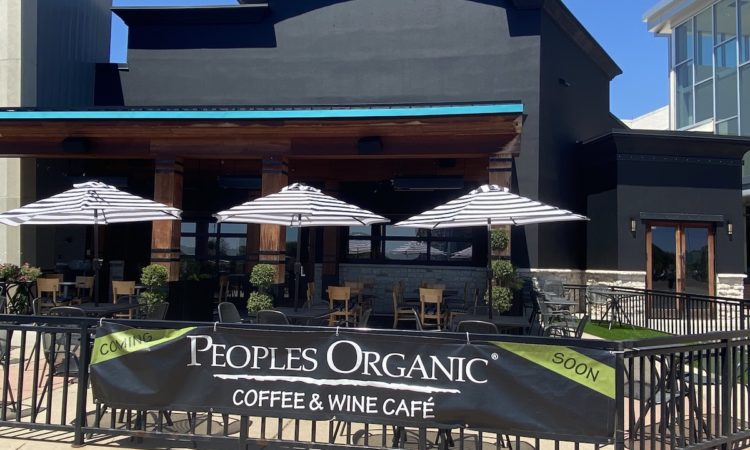 After 11 years at the Galleria, Peoples Organic is jumping across 69th Street in Edina to open a larger location at Southdale Center. The new 7,300-square-foot restaurant in the former Rojo space next door to Juut Salonspa features exterior access and a patio. It opens July 1.

Peoples’ lease at Galleria expired during the pandemic and the business has been going month-to-month since, said Juell Roberts, co-owner with her husband Ray. The pair is best known for their three-year stint as personal chef to Prince, which they managed on the side of the restaurants. The Roberts oversee Peoples Organic’s franchise operations—Juell handles the business; her husband Ray serves as head chef and baker for the chain. The Roberts own four locations including Eden Prairie, Uptown, and downtown Minneapolis at IDS Center. There are eight Peoples Organic outposts in all, including two at the University of Massachusetts. Just last month, Peoples Organic opened in the main mall of Minneapolis-St. Paul International Airport.

Peoples Organic got its start at Galleria in 2010, created by Lynn Gordon, who was also the founder and former owner of French Meadow Bakery. Gordon now serves as president of Peoples Organic Franchise Company.

“If Covid hadn’t happened, I might have signed again [at Galleria],” Roberts said. Instead, she got inspired to look for an Edina location that afforded access for a drive-through, like the one at their Eden Prairie restaurant. She didn’t find that at Southdale, but got excited about the space, which features a seating area double the size of the one at Galleria. It includes a separate room for events, which Roberts said is already booking parties for the fall.

The Southdale space also solves for some longstanding frustrations with Peoples Organic’s Galleria location, which did not include bathrooms of its own. And the kitchen was downstairs, requiring staff to run up and down.

But at Southdale, Peoples Organic will not connect to the mall interior, which cuts down on walk-by traffic. Roberts said she isn’t worried, based on her Galleria clientele. “Sixty percent of our customers come in directly for us; 10 percent are mall employees.” That still leaves 30 percent who are shoppers passing by. But at Southdale, Roberts plans to add attractions like live music, patio games, and a fire pit for s’mores. “We want to make it more of a destination,” she said.

Meanwhile, a Galleria spokesperson said the center is finalizing negotiations with a restaurant concept to replace Peoples Organic.