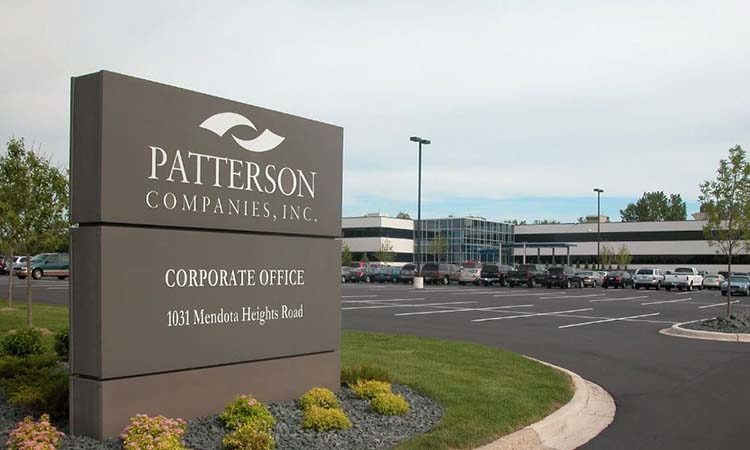 With two new acquisitions in the animal health space, the Mendota Heights company continues to expand beyond its original focus on dental products.
By Maya Marchel Hoff
November 14, 2022

Mendota Heights-based Patterson Cos. Inc. has announced two additions to its animal health portfolio in as many weeks.

Last week, the company announced that it signed an agreement to acquire a Texas-based company known as Relief Services for Veterinary Practitioners and Animal Care Technologies (RSVP and ACT). The two divisions provide different services, but they operate as a single corporate entity led by Texas veterinarian David Grant. RSVP provides relief veterinarians to clinics that need fill-ins or extra help, while ACT offers data services and online training for veterinary professionals.

On Tuesday, Nov. 14, Patterson heralded yet another acquisition in the animal health space. The company this week said it has inked a deal to buy Colorado-based Dairy Tech Inc., which sells pasteurizing equipment and products for beef cattle producers.

Patterson didn’t disclose any financial details about the acquisitions, though both are expected to wrap up by the third quarter of the company’s 2023 fiscal year. That translates to some time in January of 2024.

Founded in 1877, Patterson originally sold dental and surgical supplies. In 2001, the company entered the animal health industry through its acquisition of Webster Veterinary.

Although Patterson is based in Mendota Heights, the company has locations across the United States and the United Kingdom, and it employs about 7,500 people.

Patterson still makes most of its money on dental products. In the company’s most recent fiscal year, the dental division pulled in $180 million in operating income, while the animal health division pulled in $114 million. The pattern held true in the first quarter of the company’s 2023 fiscal year: The company’s dental division reported nearly $36 million in operating income as the animal health division logged nearly $22 million.

Meanwhile, Patterson is under the leadership of a new CEO after its former leader Mark Walchirk resigned after a board investigation. The board determined that Walchirk “violated company policy and demonstrated poor judgment regarding an encounter with an employee,” according to an announcement last month. Don Zurbay, who most recently served as Patterson’s CFO, has since taken his place.

Patterson was a Fortune 500 company in 2021, but it lost its ranking on the list in 2022. The company is now ranked in 529th place on Fortune magazine’s list of American companies by revenue.